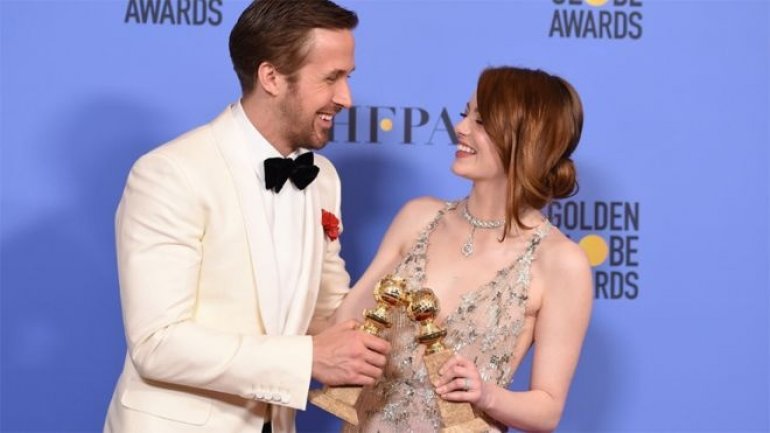 Hollywood musical La La Land has broken the record for the most Golden Globe Awards, winning seven prizes, according to BBC.

It won every award it was nominated for - including best musical or comedy film, best director, screenplay, score and song.

Its stars Emma Stone and Ryan Gosling also won in the acting categories.

The Globes are seen as pointers to the Oscars. Moonlight was named best drama film, while Casey Affleck and Isabelle Huppert won other acting prizes.

British actors also enjoyed a golden night in the TV categories, with prizes for The Night Manager and The Crown.