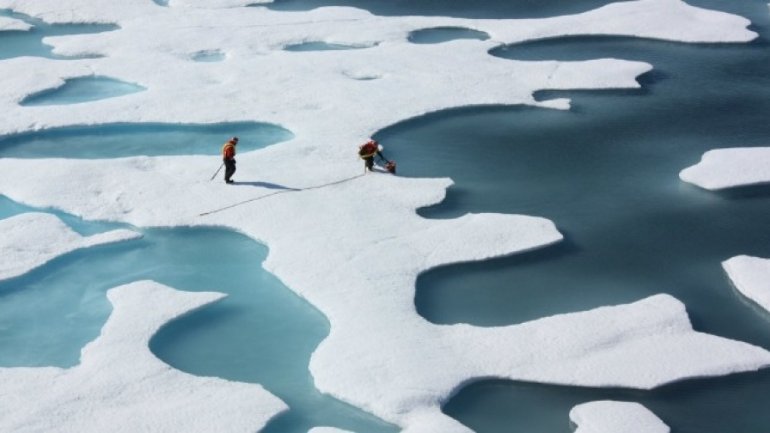 Temperatures near the North Pole have risen above freezing in the latest sign of the “sudden” and “very serious” changes to the Earth’s climate.

The US Weather Channel reported that at least five buoys near the pole had recorded temperatures between zero and 1.2C on Tuesday this week.

At the same time, parts of central Russia have seen temperatures of -40C.

Professor Peter Wadhams, head of the Polar Ocean Physics Group at Cambridge University, told The Independent that such warmth in the Arctic at this time of year was once virtually unheard of.

“Temperatures of more than zero are really exceptional for this time of year. It’s remarkable in terms of the way the climate used to be, but over the past six years this is what’s developed,” he said.

It was, he said, the result of a “sudden” change in the jet stream – high altitude winds that circle the globe and have a major effect on the weather.

“When the sea ice retreated in the Arctic Ocean, in summer it led to much warmer air over the Arctic,” Professor Wadhams said.

“That reduced the temperature difference between the Arctic and the tropics and that caused the jet stream to slow down and adopt these big lobes.