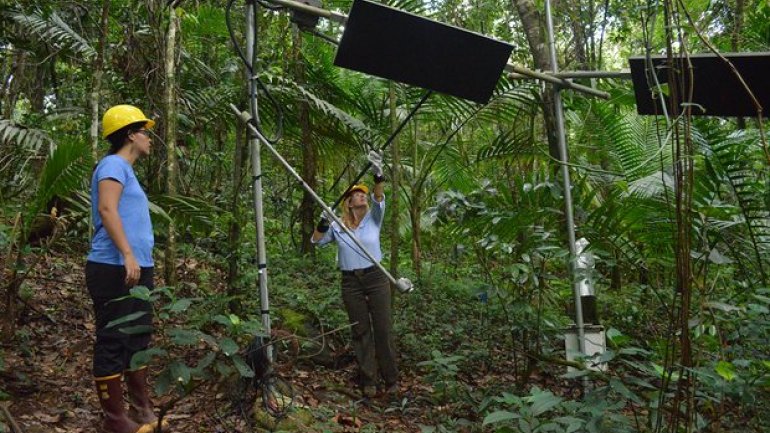 Mid-morning in the Luquillo experimental forest in north-west Puerto Rico, and the thermometer already reads 26C. Tana Wood, an ecologist employed by the US Forest Service, pulls on a pair of heavy gloves for insulating against electrical shock, The Guardian informs.

Over two years, her team here has laid out hexagonal plots four metres across, each about the size of a backyard trampoline. Industrial-strength heaters suspended several metres above the ground from metal scaffolding on the perimeter of three plots will heat the soil and undergrowth to 4C above the forest’s ambient temperature.

Wood is about to start up an experiment that may help climate scientists to figure out how jungles in the Amazon, the Congo and elsewhere will reacting to rising temperatures. Earth’s equatorial band of forests might either slow down or speed up global warming, scientists say, depending on how it responds to higher temperatures.

While researchers expect little change in what the ocean does, vegetation on land, especially in the tropics, might soak up less or even convert into CO2 the vast stockpiles of carbon now locked up in their soils into CO2.

What happens in tropical jungles depends on how they respond to several anticipated changes: increased concentrations of CO2 in the air, warmer temperatures and changes in precipitation. Experiments have warmed up ecosystems elsewhere.