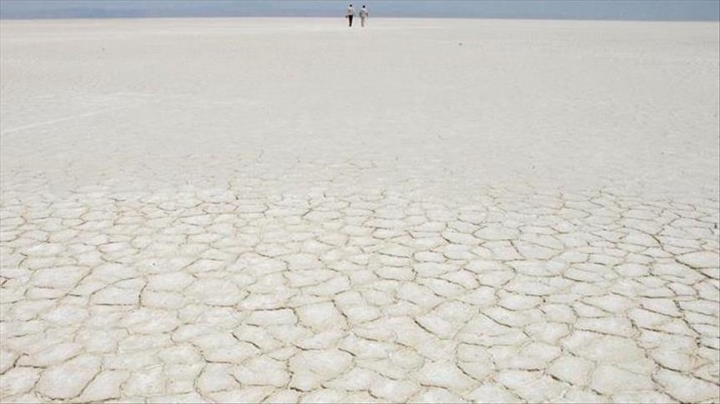 A study released Thursday detailed a troubling new effect of global warming: saltier beaches, which could disrupt the intricate ecosystems along coastlines as well as damage a valuable food resource for humans, reports Anadolu Agency.

The study undermines long held theories about the salinity of coastal zones. Studying sand and seawater in the Delaware Bay, researchers found that seawater near the shore or in the sand was saltier than seawater further out. Scientists expected the seawater closer to the shore to have less salinity because freshwater begins mingling with the sea at the coast. Evaporation due to increased surface temperatures was deemed to be the cause of the salty beaches.

“These elevated levels can only be caused by evaporation, as there is no other mechanism for increasing the salt in pore water – the water trapped between the grains of sediment,” according to principal author Xiaolong Geng in a statement.

The coastal ecosystem is vastly important and supports organisms ranging from giant kelp forests and seals to tiny plankton that are a vital food source for many marine animals. Creatures such as squid, crabs and mussels are important food sources for residents alongside the ocean.

Many of these organisms are in constant contact with pore water, so the increased salinity could have drastic effects on their survival.

“Evaporation is an important driver of underground water flow and salinity gradients, and animals such as mussels and crabs are affected by changes in salinity,” Geng continued. “If the concentrations are too high or too low, they will move away.”

The research was published Thursday in the journal Scientific Reports by a team from the New Jersey Institute of Technology.