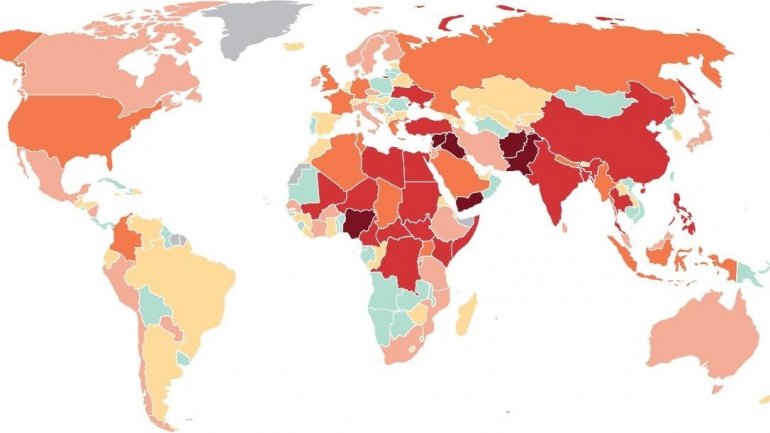 The world’s most developed countries have suffered a dramatic increase in deaths as a result of terrorism in the last year, according to the new Global Terrorism Index, despite a drop in the global number of terrorism-related deaths, Independent reports.

The index shows Isis is now officially the deadliest terrorist group in the world, overtaking Boko Haram, after claiming responsibility for 6,141 deaths through attacks in more than 250 different cities in 2015.

Globally, the number of terrorism-related deaths dropped 10 per cent in 2015 from the year before, which had been a record in the 16 years covered by the index from the Institute of Economics and Peace.

The fall in deaths has been driven by military action against Isis and Boko Haram in Iraq and Nigeria respectively, but the index suggests those groups have expanded their influence in neighbouring countries and regions.

A 650 per cent increase in deaths from terrorism in OECD countries and a marked rise in transnational terrorist attacks means the world is now a yet-more dangerous place in terms of terrorism, according to the IEP.