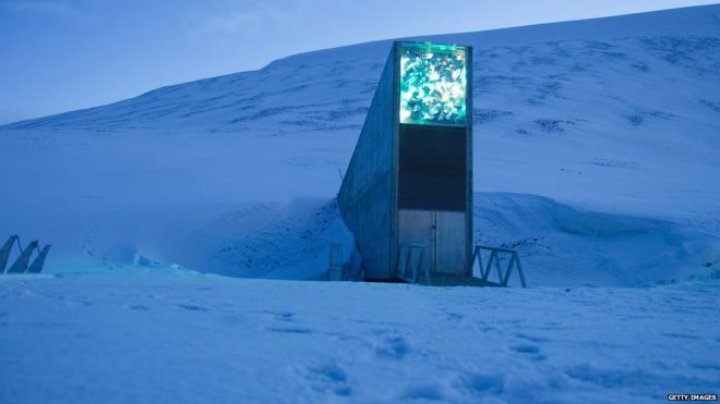 The vault storing the world's most precious seeds is taking delivery on Monday of donations that will take it to the one million mark, wrote BBC.

More than 70,000 crops will be added to frozen storage chambers buried deep within a mountain in the Arctic Circle.

Cereal staples, unusual crops like the Estonian onion potato, and barley used to brew Irish beer are among the consignments.

Monday marks the tenth anniversary of the Global Seed Vault in Svalbard.

One of three chambers is now almost full of packets of seeds, each a variety of an important food crop.

The number of donations amounts to 1,059,646. This number excludes one emergency withdrawal of about 90,000 seeds needed to make up for precious samples stranded in Syria due to the conflict there.

"Hitting the million mark is really significant," said Hannes Dempenwolf, senior scientist of the Crop Trust, an international organisation dedicated to conserving the diversity of the crops we rely on for food.

"Only a few years back I don't think we would have thought that we would get there."

Crop diversity is regarded as essential for safeguarding the future of the world's food supply amid pressures such as drought and climate change.

The reinforced vault is designed to hold back-ups of samples stored elsewhere in seed banks around the world.

More than a million different food crops have been deposited by 73 institutions since 26 February 2008, but only one withdrawal has been made.

Deposits of wheat, lentil, chickpea and other crops stranded in a seed bank in Syria due to the civil conflict were made available for conservation work.

The vault opens about twice a year for deposits. Monday's additions include unique varieties of rice, wheat and maize; black-eyed pea - a major protein source in Africa and South Asia; and Bambara groundnut, which is being developed as a drought tolerant crop in Africa.

The resurgence of craft brewing and distilling in Ireland has led to requests from breweries for seeds of malting barley to be added to the collections.

"The hunter variety is a type of malting barley that is important for Irish crop brewing and distilling," said Dempenwolf.

Last year, the vault suffered flooding to the entrance of the vault due to extreme weather. However, the water did not reach the frozen chambers deep within where the seeds are stored.

New waterproof walls have been fitted to make sure water can never enter the actual vault and reinforcements are underway to prepare it for a warmer, wetter future.

Scientists estimate that there are about 2.2 million unique varieties of crops in the world's gene banks that will eventually be deposited at Svalbard.

"The Svalbard Global Seed Vault is an iconic reminder of the remarkable conservation effort that is taking place every day, around the world and around the clock - an effort to conserve the seeds of our food crops," said Marie Haga, executive director of the Crop Trust.

"Safeguarding such a huge range of seeds means scientists will have the best chance of developing nutritious and climate-resilient crops that can ensure future generations don't just survive, but thrive.