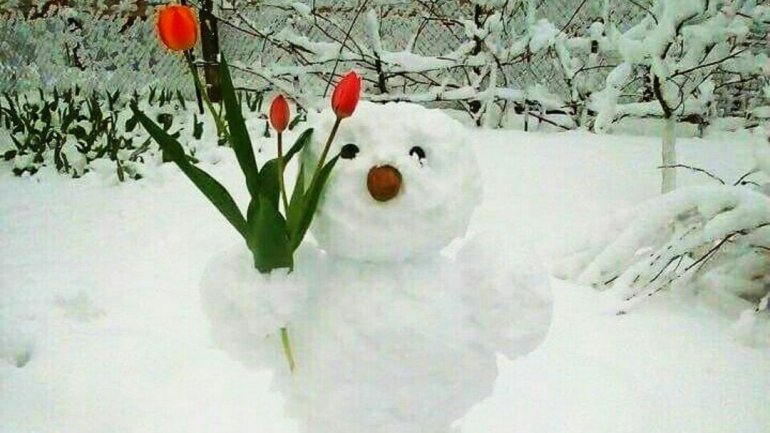 A giant snowman can be found in Tohatin commune. It is over 3 meters tall and was built by Ziliborș family.

They called him "Toha". The head of household, Pavel Ziliborş claimed that the idea was spontaneous and he was assisted by the family's three children. Building the massive snowman took close to two hours.

"Once the snow fell, we went out and saw that it laid in a thick layer. That is when the idea came to build a giant snowman. I woke up the children, we drunk tea and afterward grabbed a shovel and bucket" Pavel Ziliborș retold.

"The buttons were made with red paint, we also added a belt with black paint. In order to make it more beautiful at night, some lights were added. In the end, a scarf was wrapped around its neck to keep the snowman warm and a flower pinned to its chest, for a rich 2018."

The middle child, Doina, came up with a name for the family's creation, inspired from their commune.

"We live in Tohatin and as a joke decided to shorten the name to Toha. Toha the snowman."

The son, Ruslan had the hardest job.

"I did the upper parts: the head and hands. They had to be big."

People from all over Tohatin came to see the creation, even from nearby settlements. The head of the household, being a good host, served all guests with mulled wine.

"I saw the snowman on social networks and came to see it. I live in the neighbor village. It is 320 centimeters tall. I have never seen such a thing before."

"We came to see the snowman and take some pictures. As you can see, those people are very kind and welcoming, they even gave us some mulled wine."

Members of Ziliborș family assure that their gates are open for all those who wish to see the snowman.