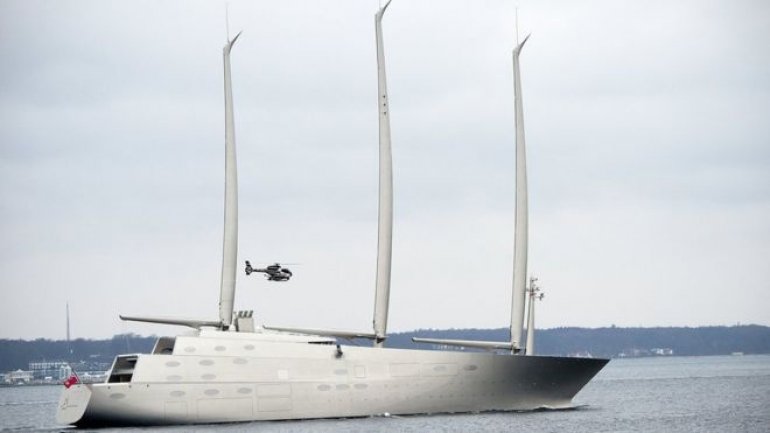 Gibraltar has impounded a Russian billionaire's superyacht - one of the world's biggest - because the German shipbuilder says he still owes 15.3m euros in fees, BBC reports.

The claim has kept Andrei Melnichenko's Sailing Yacht A stuck in Gibraltar, a British territory, since Wednesday.

The Bermuda-registered vessel, built by Nobiskrug, left the Kiel shipyard in northern Germany two weeks ago.

The superyacht, boasting a gross tonnage of 12,600, is reported to have cost at least €400m. Nobiskrug says it has an underwater observation pod, hybrid diesel-electric propulsion and "state-of-the-art" navigation systems. It was designed by Philippe Starck.