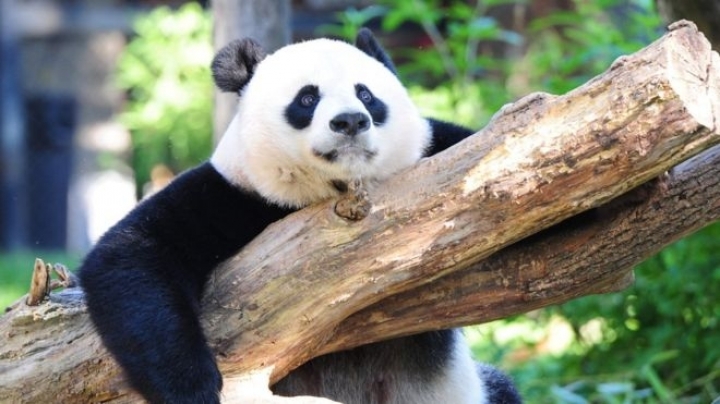 The giant panda is no longer an endangered species, following decades of work by conservationists to save it. The official status of the much-loved animal has been changed from "endangered" to "vulnerable" because of a population rebound in China, BBC informs.

The change was announced as part of an update to the International Union for Conservation of Nature Red List.
But the update also brought bad news. The eastern gorilla, the world's largest primate, is now endangered.

Efforts by China, which claims the giant panda as its national animal, have brought its numbers back from the brink. The latest estimates show a population of 1,864 adults.

There are no exact figures for the numbers of cubs, but estimates bring the total number of giant pandas to 2,060.

But the rebound could be short-lived, the IUCN warned. Climate change is predicted to wipe out more than one-third of the panda's bamboo habitat in the next 80 years.

It added: "To protect this iconic species, it is critical that the effective forest protection measures are continued and that emerging threats are addressed."

The number of eastern gorillas has declined more than 70% in the past two decades.

The IUCN Red List includes 82,954 species, both plants and animals. Almost one third, 23,928, are listed as being threatened with extinction.