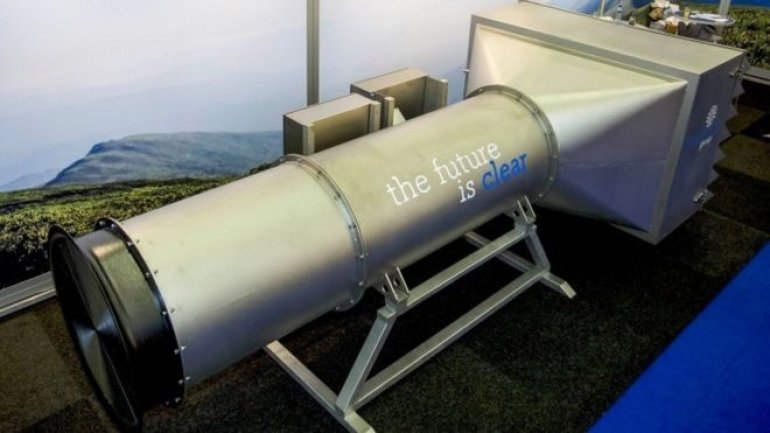 Dutch inventors have unveiled a large outside air vacuum cleaner they say is capable of filtering large quantities of toxic particles from the atmosphere, reports BBC.

The purifier can clean about 800,000 cubic metres of air per hour, tech start-up Envinity Group said.

"A large column of air will pass through the filter and come out clear," Henk Boersen, the group's spokesman said.

The filter had been showcased at an exhibition in Amsterdam.

"It's a large industrial filter about 8 m long, made of steel... placed basically on top of buildings and it works like a big vacuum cleaner," Mr Boersen explained.

The company said the vacuum cleaner was able to suck in air from a 300 m radius and up to 7 km from above, and filter out 100% of fine particles and 95% of ultra-fine particles.

"Fine particles and ultra-fine particles are known to be extremely harmful to public health," Envinity Group said on its website.

About 90% of EU residents are said to be exposed to high levels of such particles.

Smog Free Tower, which uses patented ozone-free ion technology, can clean up to 30,000 cubic metres of air an hour and collect more than 75% of the harmful particles, according to Studio Roosegaarde.