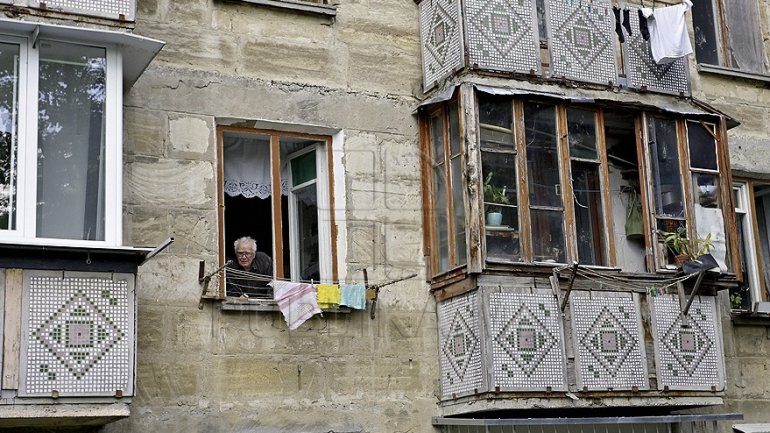 According to documents, they are city people, live in apartments, but it's worse than in villages. They have no gas, no tap water, and no source of income. Because of this, many of them had to abandon their homes. We are talking about the fate of the residents left in the mono-industrial towns created by soviets in various regions of the country.

Cainari locality from Causeni district became a town in 1985. Shortly after that, in the former village appeared an industrial complex which contained the kolkhozes and sovkhozes from the neighboring villages, and a block of flats for the new town people.

"It was great, really. There was heating, connected gas, power, everything" said a resident of Cainari town.

After a few years from the dissolution of Soviet Union, the comfortable houses transformed in spaces unfit for a living:

And as in the town were no more workplaces, many people left their houses. In a building with 107 apartments are living only 20 families. The same situation is in other four blocks in the neighborhood. People left living here say that most difficult is during winter time. The only solution to heat their houses is the stoves.

People have no hope that some time they will have gas:

"People from the gas company came, looked at the situation, and said that they will connect the gas when all residents will be here. But when they will come? This is unreal."

For some time, the buildings were re-connected to the water supply system, but now there is another problem:

Local authorities say that they found money to solve the problem. Still they do not have solutions to stop the population exodus.

In the soviet period, on the territory of Moldova appeared seven artificial towns which were developed near industrial objects like sugar or cannery factories. Most of them are now devoid of inhabitants.