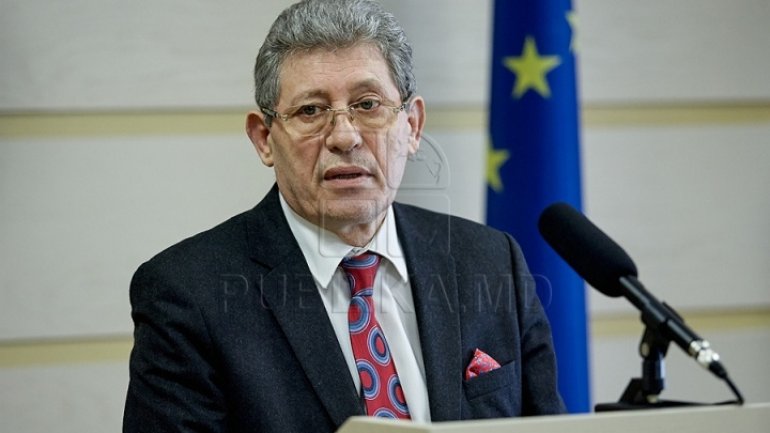 Liberal Party leader Mihai Ghimpu said he was stunned at the PDM's decision to boycott the referendum to dismiss General Mayor Dorin Chirtoaca.

"We welcome any decision of any party because, first of all, we have no money to spend for this referendum as the referendum can lead to elections.

"Secondly, that decision belongs to unlawful court which accepted the referendum, there were not and there are not any reasons proving the mayor did not perform his duties.

"I hope that'll be sincere decision. This referendum will not give anything [...] I'm glad he did not forget that we were colleagues of the coalition.

"Their conscience awakened and they decided that it is time to atone for some of their sins "Liberal Mihai Ghimpu said.

PUBLIKA.MD reminds that PDM announced today that it would boycott the referendum to dismiss the mayor of Chisinau, Dorin Chirtoaca.

"The position and intention of the Democratic Party of Moldova is very clear, for the sole reason that this suggestion came from the Socialist Party and President Igor Dodon. This initiative has nothing to do with the needs of the citizens, nor with the real problems the Capital is facing. It is solely a political move and PDM declares that in no way will it participate in this referendum. Especially since they follow the interests of a single party, a year before the parliamentary elections" Vitalie Gămurari stated.

Chisinau Municipal Council has established that the referendum will take place on 19th November, after the Socialist party has managed to collect 70 thousand signatures supporting the initiative.

For the Mayor of the Capital to be forcefully dismissed, at least 163 thousand votes are required.

According to the Central Electoral Commission, the referendum will cost the state budget nearly 9 million lei.