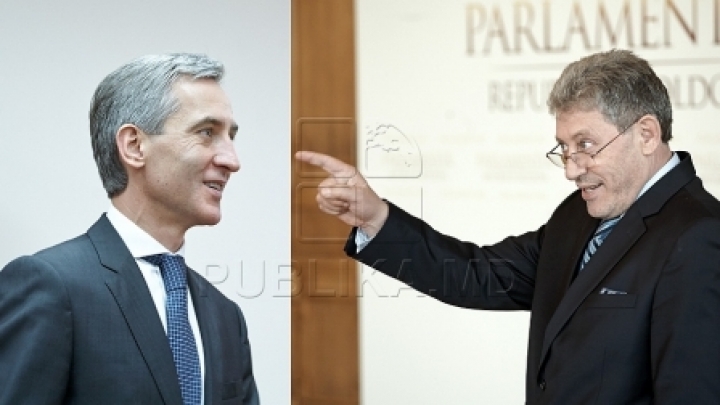 The Liberal Party (PL) has withdrawn its signature from the cooperation agreement with the European Popular Party from Moldova (PPEM). This has been announced in a press release.

According to PL leader Mihai Ghimpu, "it’s blamable that Mr. Iurie Leancă went to Brussels, Bucharest and Sofia and talked about the European integration, and he allied, in Chișinău, with the pro-Russian parties, which are anti-national and anti-European."

"Taking into account that the PPEM has never announced of withdrawing from its tacit alliance with the PSRM, PN and PCRM in the Chișinău Municipal Council, Mihai Ghimpu, the PL president, announces that starting today, 5 September 2016, he withdraws his signature from cooperation accord signed on July 29, 2016," the communique reads.

In response, PEM president Iurie Leancă says:"Ghimpu has shown that that partnership was for the European integration, not for promoting robberies at the Chișinău City Hall."

"If he thought that the accord was a political game for canceling the referendum, he was right to withdraw his signature. The PPEM will go on support with all its force the country’s European integration, being convinced it’s the only way to modernize Moldova," Iurie Leancă said.