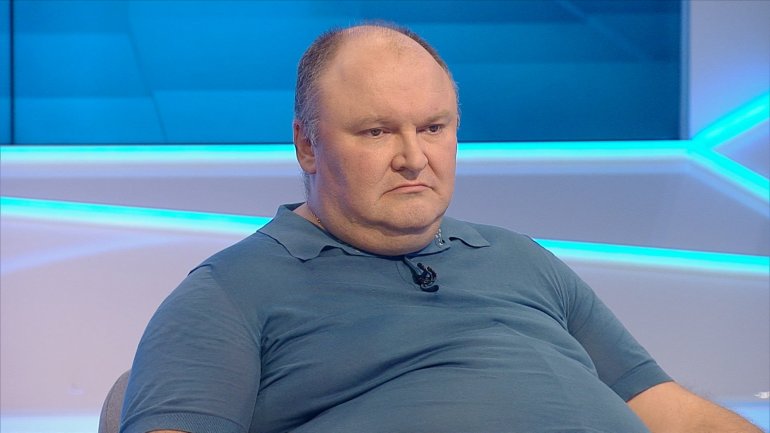 Russian businessman Gherman Gorbunţov, who was the target of an assassination attempt, organized by criminal group and led by Ion Druţă, alias "Vania Pisateli", returned to Republic of Moldova, after six years to make declarations for prosecutors.

In this exclusive interview for PUBLIKA.MD, Gorbunţov declared that he has evidence, proving that the one who wished for his demise was leader of "Our Party", Mayor of Bălţi, Renato Usatîi.

"- I have decided: enough running away, enough hiding, I will come and put an end to this story today, tomorrow, as soon as possible. No matter what awaits me in the end. We will wait and see, what will happen.

- Then, you will continue to suspect that Renato Usatîi was the one who ordered your assassination?

- I do not think this is a mere suspicion, I am sure of it. I have no legal power, I cannot condemn anyone, but I am sure that it was his command" Gorbunţov said.

Gorbunţov also believes that Usatîi works until present with killer Vitalie Proca. According to the businessman, even the money Proca's family received can be considered proof. Not to mention the suspicious transactions, prosecutors have also spoken of.

"-Mr. Proca simply did his job twice. The fact that Proca came out for Usatîi speaks of two things: the firs one- they are very close to each other and they still keep in contact, and the second is that Proca's family received money" Russian businessman, Gherman Gorbunţov said.

Recently, Prosecution Office for Combating the Organized Crime and Special Cases, has declared that the one who organized Gorbunţov's assassination attempt was Ion Druţă. He fully confessed and admitted, in his turn, that the one who order it was businessman Renato Usatîi.

This version, though, was rejected by the Mayor of Bălţi.

During an interview for PUBLIKA.MD, the failed assassination attempt's victim, Gorbunţov, has specified that it was not Vlad Plahotniuc who send a killer after his head, as Usatîi is simply attempting to cover his trail.

"For example, I decided to myself. I called my friend and said that tomorrow I am coming back to Moldova and I would like to have a meeting with Plahotniuc. Therefore, the mere idea that Plahotnoiuc is the killer, failed completely" Gorbunţov declared.

According to Vitalie Busuioc, deputy chief of the Prosecution Office for Combating the Organized Crime and Special Cases, Gorbunţov returned to Moldova on the prosecutor's request.

"Yesterday, 29 November 2017, citizen Gherman Gorbunţov came to PCCOCS, who was then questioned as a victim of an assassination attempt made upon his person. He returned, because we summoned him" PCCOCS deputy chief, Vitalie Busuioc stated.

Gorbunţov, who is a victim in two investigated assassination attempts in London an Chisinau, declared that questioning Proca is nearly impossible. As only Russia can decide if investigators can speak with him in the prison from Romania. A condition imposed by Moscow when they handed the killer over to Bucharest.

"The decision of Russia's court states that as long as Proca is in Romania, the investigators from England, cannot reach him. Law enforcement from London are not offering me any information, which I believe to be just" Gorbunţov said.

In this interview, Gorbunţov has came with a message toward the one who wished him dead. The victim invited that person to return to Moldova for a tete-a-tete.

"Renato, I have a suggestion for you. Renato come with me? What are you afraid of? We will both go to the prosecutor's office, I will wait for you, no problems. How long can this drag on? Especially since you are a politician, people are waiting for you" Gherman Gorbunţov declared.

Russian businessman, Gherman Gorbunţov, set one foot in the grave, after he became an assassin's target in 2012. After 5 years, killer Vitalie Proca confessed, while prosecutors from Moldova established that the organizer is still in Republic of Moldova.

Ion Druţă, alias "Vania Pisateli", has announced for authorities that the one who ordered the criminal group to murder the Gherman Gorbunţov was Renato Usatîi.

A month ago, Prosecution Office for Combating the Organized Crime and Special Cases have announced that based on new developments in the criminal investigation, rogatory letters were sent to Great Britain, for the investigation to be made in collaboration with law enforcement from London.