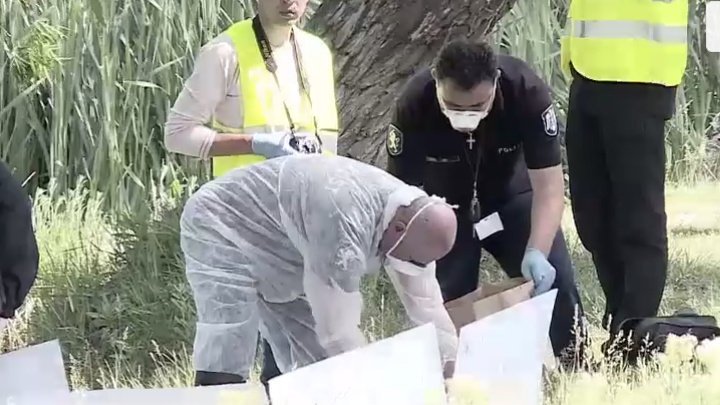 The man accused of killing a 20-year-old girl from Cricova has received 30 days of arrest. The decision was taken by the magistrates of the Chisinau Court. The 32-year-old man is a victim's friend. The accused, who risks life imprisonment, did not answer the journalists' questions.

The suspect does not recognize his blame. Meanwhile, shocking details have emerged in this case.

The man cut her into pieces and threw her head in the Grătieşti lake. The young woman lived with her mother in a one-room apartment in Cricova.

The Guard Unit team was able to find out more about the suspect's declarations.

Legal people assume that the victim was his girlfriend. The day before the tragedy, she'd come to visit him. There would have been a quarrel between the two, and the girl would have tried to cut her veins.

The man claims he would have prevented her from grumbling gesture. According to the suspect, she would have blocked herself in the bathroom and cut her throat. When he realized she did not answer him, he immediately broke the door. He added, at that time, she was already dead.

In front of the investigators, the guy said he was scared when he found the corpse. But it is unclear why he did not call the police for help.

Moreover, he also says he would have kept the body in the apartment for 24 hours. Eventually, he decided to dismantle her so he could take her out of the house so he would not be guilty.

The suspect said that he then took a taxi and went to the Gratieşti commune.

A neighbor said that the victim's mother was worried in the past days because her daughter left on Saturday with friends and had not informed her anything.

The neighbors also said that the girl graduated from the gymnasium, attended some cook classes but did not work anywhere. The girl had a boyfriend who was placed a few months ago in the insulator.

The girl's aunt says that the close relatives did not call on the police to recognize the dead body, and the young mother still hopes for a miracle, and she thinks her only child will come back home.