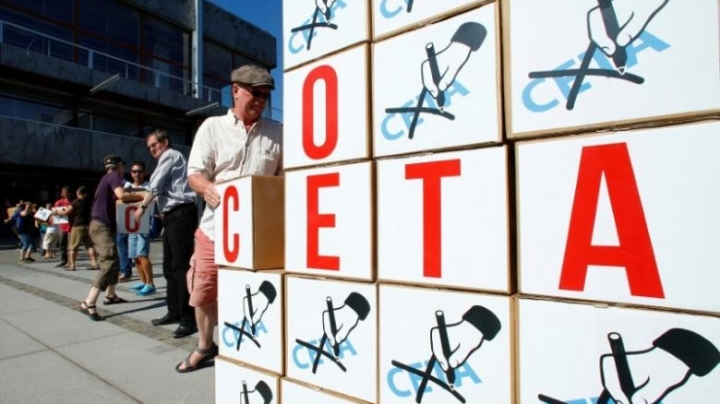 Germany's Constitutional Court will rule on Oct. 13 on a complaint by activists aimed at stopping an ambitious trade agreement between the European Union and Canada, Reuters informs.

Three German groups handed in 125,000 signatures to the court in August to try and scupper the Comprehensive Economic and Trade Agreement, which opponents fear will undermine workers' rights and environmental and consumer standards.

The court said on Friday it will hold proceedings on Oct. 12 and rule on the emergency appeal a day later. Activists want to prevent the government backing the pact which is due to be signed at an EU-Canada summit at the end of next month.

The European Commission hopes that the governments of the EU states can approve CETA before Brussels signs the accord with Ottawa on Oct. 27. The European Parliament would also need to vote to allow it to enter force provisionally next year.

But national, and some regional, parliaments would still need to ratify it. A trade agreement with South Korea took effect provisionally in 2011 but was not fully ratified until four years later.

CETA is the EU's most ambitious trade pact to date and would eliminate tariffs on 98 percent of goods immediately. It would also encompass regulatory cooperation, shipping, sustainable development and access to government tenders.

But it has been a key target of protests by unions and environmental and other groups who say it will worsen labor conditions and allow big business to challenge governments across Europe.

On Monday, Gabriel's Social Democrats gave the green light to CETA, clearing the way for Germany to back the accord.