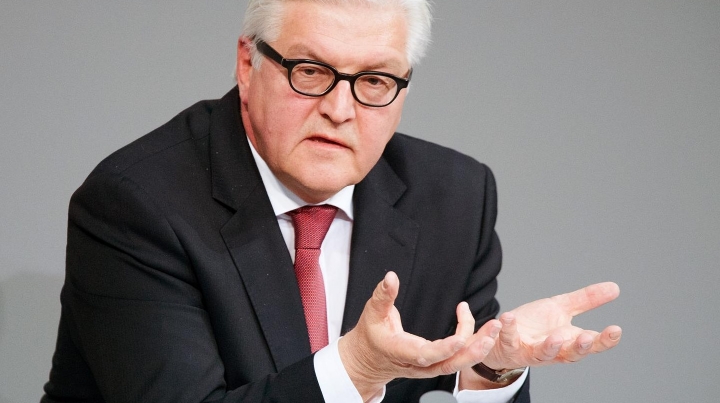 German Foreign Minister Frank-Walter Steinmeier said on Tuesday he did not share a view expressed by his Luxembourg counterpart in a newspaper interview that Hungary should be excluded from the European Union because of its tough anti-migrant policies.

"This is not an agreed position in Europe," Steinmeier said at a news conference in Riga. "I can understand, looking at Hungary, that some in Europe are getting impatient... however, it is not my personal approach to show a European member state the door," he added.

Luxembourg's Jean Asselborn told Germany's Die Welt newspaper that Hungary should be excluded from the EU because of policies like the building of a razor-wire fence to keep out migrants undermine EU values.