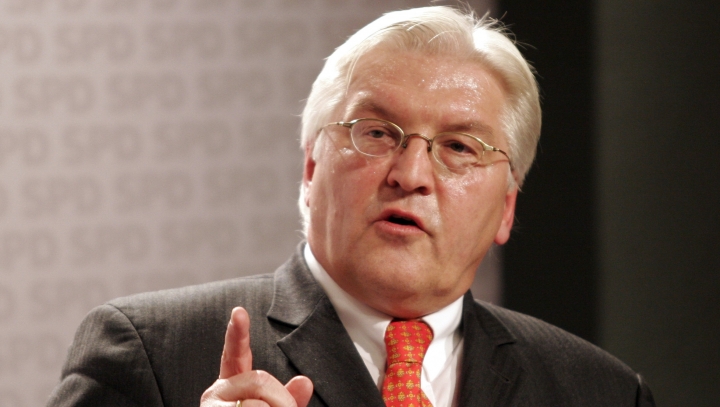 The resumption of talks on the Transnistrian settlement in the 5+2 format (Moldova, the Transnistrian region, OSCE, Russia, Ukraine and mediators from the EU and the US) is "good news" and an important step for resolving the conflict, German Foreign Minister Frank-Walter Steinmeier says.

"We made a decision during our chairmanship to focus on the unresolved conflicts on the OSCE space, including in Transnistria," Steinmeier said during his Latin American tour, according to the country’s foreign ministry.

"That’s why the resumption of official talks in the 5+2 format halted more than two years ago is an important interim goal."

The minister noted that at the meeting in Berlin on June 2-3 an attempt will be made to "find a common viewpoint on the status of the Transnistrian area taking into consideration keeping territorial integrity and sovereignty of Moldova."

"Only if the sides coordinate together the solution of practical issues, trust can be restored and positive dynamics in resolving the conflict will be reached," he said, TASS reports.