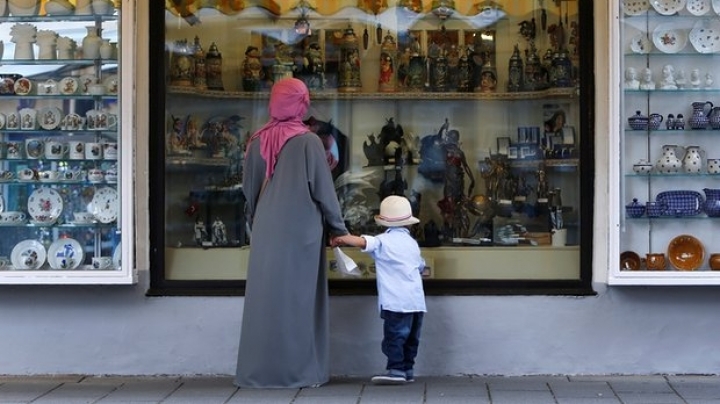 Germany’s interior minister, Thomas de Maizière, has come out in favour of a partial ban on full face veils, amid a fierce national debate on integration, reports The Guardian.

“We agree that we reject the burqa, we agree that we want to introduce a legal requirement to show one’s face in places where it is necessary for our society’s coexistence – at the wheel, at public offices, at the registry office, in schools and universities, in the civil service, in court,” he said after a meeting with regional counterparts from his conservative party.

De Maizière told public television that the full face veil “does not belong in our cosmopolitan country”.

De Maizière indicated that outlawing the full face veil only under certain circumstances – as opposed to the blanket ban favoured by the hard right of Chancellor Angela Merkel’s Christian Union bloc – would be likely to win approval in parliament.

De Maizière’s position represents a compromise with hardliners ahead of two key state elections next month in which the rightwing populist Alternative for Germany (AfD) party looks set to make strong gains.

Just last week he had rejected a call from conservative state interior ministers for a ban, saying: “We can’t ban everything that we reject, and I reject the wearing of the burqa.”

He made the comments on 11 August as he unveiled tough new anti-terror measures after two attacks in Germany last month claimed by Islamic State.

The measures included a proposal to strip jihadi fighters of their German nationality. The security package also calls for the speeding up of deportations of convicted criminal migrants and for police resources to be boosted.

The AfD in particular has attempted to link the record influx of migrants and refugees, many from the Middle East, to Germany last year with an increased threat of terrorism – an argument Merkel sharply rejected this week on the campaign trail in her home district.