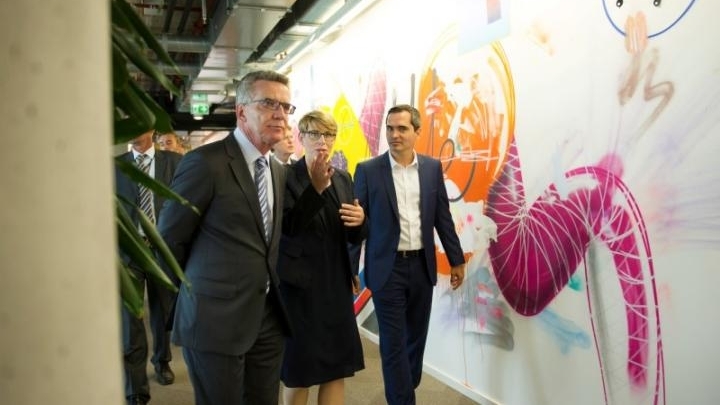 Germany's interior minister visited Facebook's offices in Berlin on Monday and said it should be more proactive in removing forbidden content from its social network platform.

"Facebook should take down racist content or calls for violence from its pages on its own initiative even if it hasn't yet received a complaint," Thomas de Maiziere said.

The German government has been critical of Facebook in the past. Political leaders and regulators have complained the world's largest social network, with 1.6 billion monthly users, had been slow to respond to hate speech and anti-immigrant messages.

Last year Justice Minister Heiko Maas told Reuters that Facebook must abide by stricter German laws banning racist sentiment even if it might be allowed in the United States under freedom of speech.

Earlier this year, Facebook Chief Executive Mark Zuckerberg came to Berlin to respond to the criticism. He said he had learned from Facebook's experience in Germany that migrants were a group of people who also needed to be protected from hate speech online.