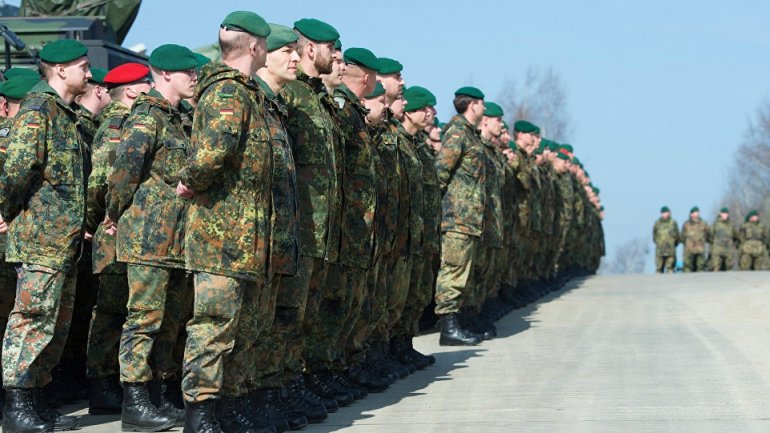 German Foreign Minister Sigmar Gabriel on Thursday criticized Russia's military build-up on its borders with the Baltic states as irrational and said Germany would keep troops in the region for as long as needed.

Gabriel visited about 400 German soldiers stationed in Rukla, Lithuania, as part of a German-led battle group of 1,000 troops that will be joined this year by a U.S.-led forces in Poland, British-led soldiers in Estonia and Canadian-led troops in Latvia.

NATO is expanding its presence in the region to levels unprecedented since the Cold War, prompted by Russia's annexation of Crimea and accusations - denied by Moscow - that it is supporting a separatist conflict in eastern Ukraine.

The NATO presence will swell further for a series of exercises this summer, but is dwarfed by the Russian military build-up, U.S. officials say.