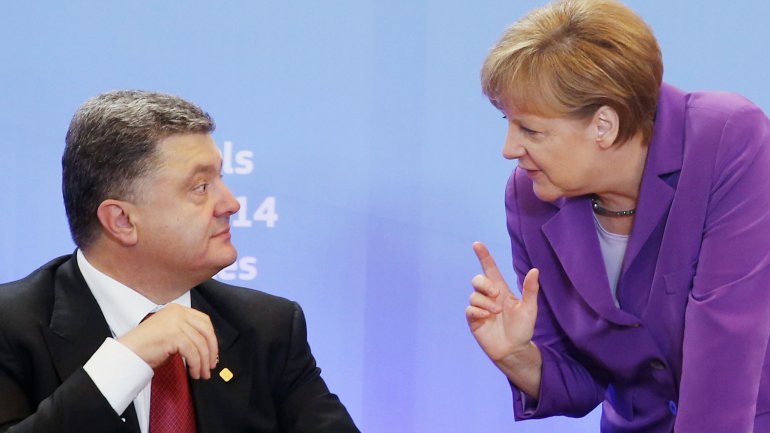 German Chancellor Angela Merkel and Ukrainian President Petro Poroshenko agreed more talks were needed before a "Normandy format" summit on the Ukraine conflict could be held, the German government said.

The Kremlin had said on Thursday the leaders of France, Germany, Russia and Ukraine might meet on Oct. 19 if preliminary conferences of experts produced results.

Merkel and Poroshenko spoke by telephone on Thursday and agreed that everything should be done to stabilize the ceasefire agreed 18 months ago in Minsk and to implement other steps outlined in the agreement, the German government said. Russia and Ukraine each accuse the other of violating the ceasefire.

"There was also discussion about which preconditions were needed to allow a meeting for the leaders and heads of government in the so-called Normandy format," it said. "They agreed further discussions were needed before any such meeting."

In an opinion piece in the newspaper Frankfurter Allgemeine Zeitung on Friday Poroshenko said Russia is building up its military in eastern Ukraine, and he urged the European Union to keep sanctions against Russia in place.