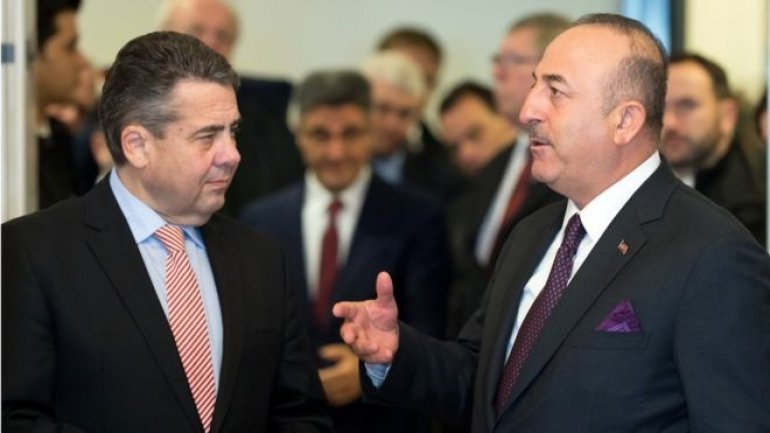 Germany's foreign minister has held talks with his Turkish counterpart in a bid to "overcome difficulties" and improve relations between the nations.

Sigmar Gabriel said "open talks" with Mevlut Cavusoglu were "held in mutual respect" despite their differences.

Relations between the Nato allies and trade partners deteriorated after the failed coup in Turkey in 2016.

On Saturday Mr Gabriel, who hosted Mr Cavusoglu at his home in the central German city of Goslar, said the two had "given ourselves the task to do everything to overcome the difficulties in German-Turkish relations".

The pair acknowledged their differences, including Germany's opposition to Turkey gaining membership of the European Union. Germany is also seeking the release of journalist Deniz Yucel, held in a Turkish jail without charge for 10 months.

Mr Gabriel said after the talks that it was "time to find more common ground in the future by remembering everything that binds us together". Germany is Turkey's biggest export market and has the world's largest Turkish diaspora.