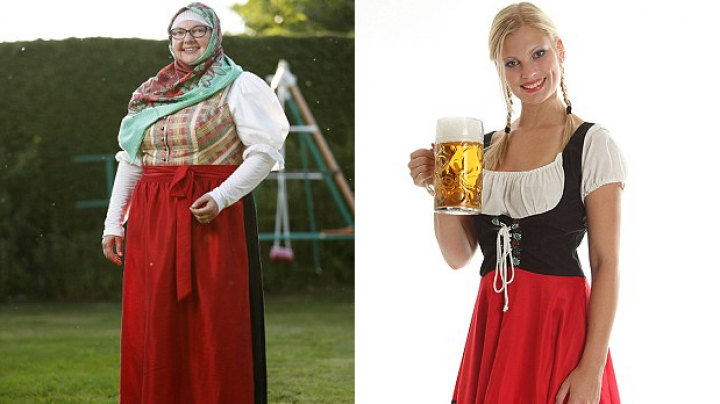 First there was the burqa, then the burkini and now comes - the burkirndl.

A woman in Germany has modified her traditional Bavarian dress - called a dirndl - after converting to Islam, reports Daily Mail.

Renate Hoffmann, 63 from the small village of Fensterbach was once like her neighbours: God-fearing, Christian worshipping, singing in the local choir, enjoying a beer at the local festivals and sporting the dresses designed to showcase the female figure.

But then she made a journey to Israel and decided upon returning to convert to Islam.

Having shed her beliefs, however, she was not prepared to give up on the dirndl.

The low bustline was raised and she added a headscarf in keeping with Muslim tradition.

Renate said: 'When I read the Bible side by side with the Koran I decided that Islam was the religion that went straight to my heart.

'I gave up a lot of things for it but I didn't want to give up my dirndl so I modified it.

'Many of my friends understood my decision to convert but some didn't - they equated all Muslims with terrorists.

'But in my burkirndl anyone can see where I come from.'