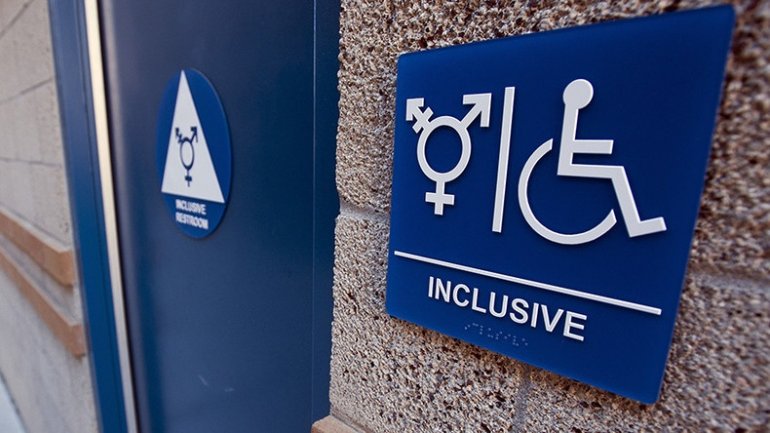 Once a law is passed, Germany would become the first European country to offer intersex people the option of identifying as a designation other than male or female.
The court ruled that the current system, which "does not provide for a third option -- besides the entry 'female' or 'male,'" is unconstitutional.
In 2013, Germany became the first European country to allow parents of intersex children to leave the gender box blank on a birth certificate.
But Wednesday's ruling in the case, which was brought by an intersex person, goes further, requiring lawmakers to create the possibility for a "positive gender entry" for these babies.
The new legislation must be in force by December 31, 2018, the court said.
Johannes Dimroth, spokesman for Germany's Interior Ministry, said Wednesday: "We fully respect the decision of the Federal Constitutional Court and the government is fully willing to implement the decision."
But advocacy groups and medical associations argued that the legislation didn't go far enough in recognizing intersex people, who make up 1.7% of the global population, according to Human Rights Watch. An estimated 80,000 people in Germany's population of 80 million identify as intersex, according to German intersex rights group Intersexuelle Menschen.

"I'm not a man or a woman, but you have to settle on one or the other for pragmatic reasons," said Maya Posch, 34, a software engineer from Karlsruhe in southern Germany, who is intersex. "When you have to pick a side, you run into problems."

In the case, initially ruled on Oct. 10 but made public Wednesday, lower courts in Germany had denied a request by an unnamed plaintiff to change the person's gender to "inter" or "various" in line with a genetic analysis that found the person was neither male nor female.

Germany's highest court overturned those previous decisions and declared that the nation's constitution guarantees a person's right to "protect their own personality," of which gender is a crucial building block.

While Germany's highest court suggested the creation of a new "positive designation of sex" that could be called "intersex" or "diverse," another possibility could be to scrap gender identifiers altogether.

Intersex individuals' mixed hormones and ambiguous genitalia can lead to gender misidentification or corrective cosmetic surgery at birth, practices that can cause sterilization and psychological trauma later in life, three former U.S. surgeons general argued in a June 2017 report on the subject.

Given such issues with only officially recognizing male or female in government records, the German Society for Psychology said in a statement that it supported the court's "logical" decision for creating a third gender option, saying "gender is a multifaceted construct" influenced through various social and physical factors.

German intersex advocacy group Dritte Option (Third Option), wrote on Twitter that it was "completely overwhelmed and speechless" about the decision, adding that the new designation "borders on a small revolution."

Germany's Family Minister Katarina Barley said such a gender option was overdue. Interior Ministry spokesman Johannes Dimroth also told reporters that the German government would study the verdict and abide by the December 2018 deadline to create a law to mandate the third option.

Theodor Bolzenius, a spokesman with Germany's Central Committee of German Catholics, said the group rejected the verdict but stressed that the church's view has "nothing to do with discrimination."

For Posch, whose biology led doctors to misidentify her as male, the best part of the decision is that children in Germany may not have to experience the same confusion she dealt with as a child and teenager.

"The nice thing about the third gender option is that there's no pressure on parents or doctors to choose," she said. "Every day intersex children are unnecessarily operated upon. It's almost as if they're not allowed to exist until the normalization surgery."

Still, she thinks the third gender option is just a "pragmatic, in-between solution," and advocates for getting rid of gender designations at birth altogether.

"There are extremes that we call male and female. But we all start with the same DNA," she said.