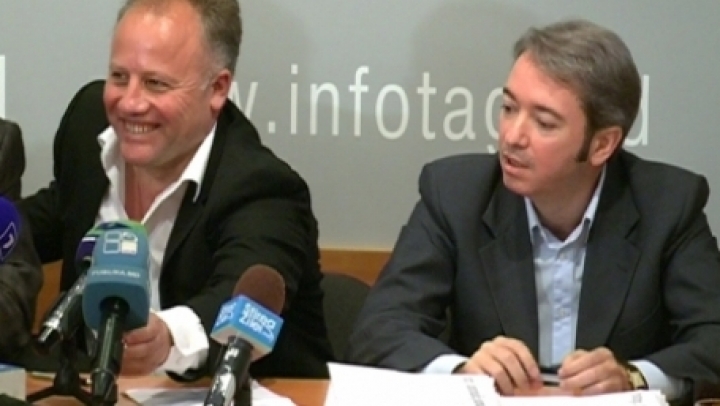 Today.md news portal has got an official letter signed by German authorities, which confirms that criminal investigations have been started in Germany regarding Victor and Viorel Țopa, the financial backers of the DA Platform.

As for Viorel Țopa, the German detectives investigate his involvement, in 2000-2001, in the scam of embezzling money from Banca de Economii (BEM) by granting bad loans. Viorel Țopa was BEM’s CEO then.

From the scam of siphoning up money from BEM, earlier drawn up by journalists on the basis of the final condemning decision of the Supreme Court of Justice in 2012, it becomes clear that, holding a top job within BEM, Viorel Ţopa offered a loan of $1 million to the company Air Moldova International, owned by Victor Țopa. He offered as pawn $400,000 through his offshore firm. After Air Moldova International get the 1-million-dollar loan, the second stage of the embezzling scam starts.

Knowing from the very beginning that Air Moldova International won’t return the loan, Viorel Ţopa allows his offshore company to withdraw its money, though it was pawned.

As for Victor Țopa, the German detectives verify his involvement in blackmailing, kidnapping and unlawful deprivation of shares. An important witness testifying against Victor Țopa is Galina Proidisvet. She was kidnapped in a hotel in Moscow, blackmailed, and later deprived by Victor Țopa from her shares at VictoriaBank. For that crime, Victor Țopa was found guilty and sentenced to 12 years of jail in Moldova.

Of the German law-enforcers find the crimes as having occurred, the two convicts are to be extradited to Moldova, where they will serve their terms of 8 and 10 years.

According to our sources, the convicts Victor and Viorel Țopa are aware of those criminal probes and started procedures to leave Germany, thus trying to avoid being extradited. They ponder over going to Britain or to the USA, where the NGO Frontier Solutions was hired to secure political asylum for them. It’s the same NGO representing Platon and Gofman.

PUBLIKA.MD reminder: The fugitives Victor and Viorel Țopa are the ones having set up and funding the DA Platform, backing Andrei Năstase.