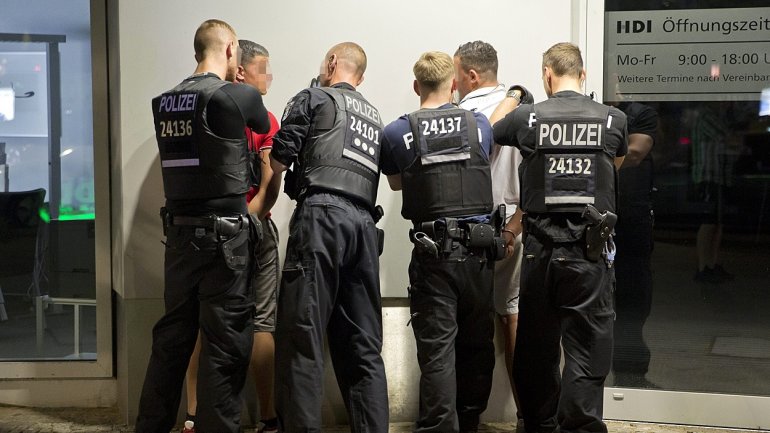 GERMAN police have seized 155kg of explosives and detained two men suspected of having links to a right-wing terror group, according to The Sun.

A home-made bomb marked with a swastika and SS symbols was also seized, German news agency DPA has reported.

The explosives were reportedly found in a flat in Lauterecken, west Germany on December 29.

The two suspects, aged 18 and 24, reportedly belong to a neo-Nazi group.

They deny wrongdoing and have reportedly claimed the explosives were intended for New Year’s Eve celebrations.

Germany is on high alert after a spate of terror atrocities, including the Berlin Christmas Market attack that killed 12 and injured 48.