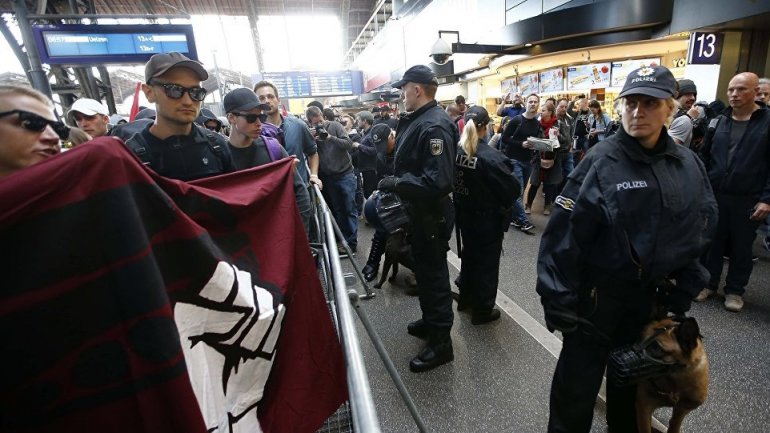 Dozens of police were injured in clashes with protesters before a G20 summit in Hamburg on Thursday, tarnishing the start of a meeting Chancellor Angela Merkel hopes will cement her role as a stateswoman as she seeks re-election in September.

Merkel, who is campaigning for a fourth term, can ill afford the images of chaos and disharmony that dominated news coverage of the summit. The summit, which starts in earnest on Friday, is a chance for her to polish her diplomatic credentials but would be disastrous if marred by widespread violence.

She met U.S. President Donald Trump for an hour on Thursday evening, but less than an hour later police clashed with anti-capitalist demonstrators near the summit venue, firing water cannons and pepper spray at hundreds of black-clad protesters after they threw bottles.

Nearly 75 police officers were injured throughout the evening, with three requiring treatment in hospital, police said. The pilots of a police helicopter sustained eye injuries when laser pointers were directed at them, police said.