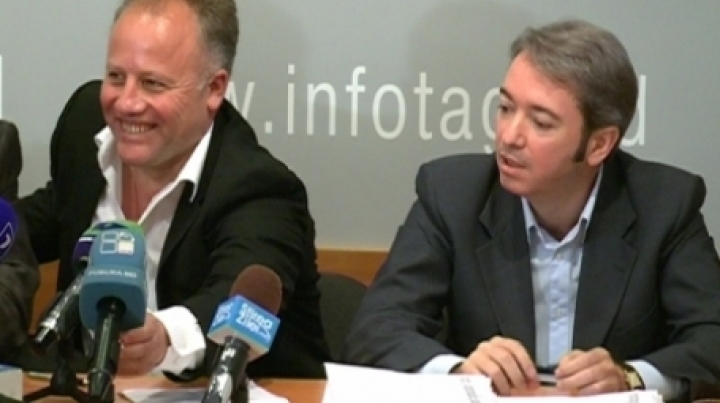 The German media focus on the murky affairs of the fugitive convicts Victor and Viorel Țopa. The publication Junge Welt writes the two criminal oligarchs allegedly manage the anti-government protests in Chișinău from Germany.

The German media writes Victor Țopa made his first million from trafficking weapons, narcotics and diamonds.

The publication maintains Victor Țopa made his second and third millions by selling a plane belonging to the German chancellor, which got to Iraq, despite international bans.

The author asks, in this context, why the authorities in Berlin accepted these two criminals sought for internationally to enter the country.

The article goes on that the two Țopa fugitives have made themselves an image of political refugees through the agency of Jurnal TV, owned by Victor Țopa. The author claims Germany’s game of not extraditing the two offenders is a mistake that is going to cost it.

Recently, the Portal today.md aired a journalistic investigation displaying the involvement of Victor Țopa, who backs the Dignity and Truth Party, in armament smuggling, in a partnership with the Russian Viktor But, the most known arms trafficker in the world, also known as ‘the death seller.’

According to the investigation, former premier Vlad Filat was allegedly also connected to those criminal business. Thus, the criminal oligarch Victor Ţopa had been cooperating with Viktor But back in the '90s, when he was managing Air Moldova International SRL.

The investigative journalists highlight Vlad Filat’s connection with the planes involved in the illicit arms traffic scandal. In 2012, Filat even attended the inauguration of the cargo plane Boeing 747, the first of the kind to fly under Moldovan flag.

Investigations of foreign journalists showed the plane was used in smuggling weapons in Libya.

As for Viktor But, he was a Russian intelligence officer. He was selling weapons in Africa and South America de Sud for 15 years, being suspected of links with members of the terror organization Al-Qaeda.

But was detained in Thailand in 2008, when he tried to sell arms to undercover U.S. agents introducing themselves as Columbian revolutionaries.