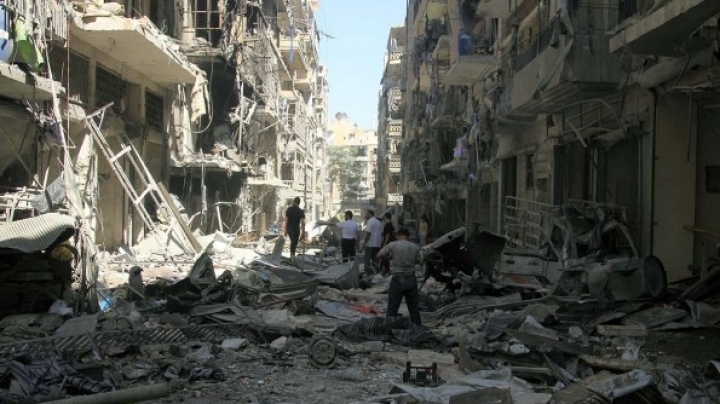 German Foreign Minister Frank-Walter Steinmeier on Friday placed part of the responsibility for the humanitarian crisis unfolding in Syria's Aleppo on Russia.

"Russia shoulders particularly great responsibility in this difficult situation on account of its support for the Syrian army and air force," Steinmeier said in a statement from Berlin.

He urged Moscow to "implement a ceasefire" and work with the UN to facilitate "humanitarian access" to Aleppo's besieged residents, who number between 250,000 and 300,000 people.

"Exercising military restraint and allowing humanitarian aid to reach people trapped in besieged areas are what is needed right now. We need there to be an end to violence and a return to the negotiating table," he added.

Remarks made by Germany's top diplomat come a day after the Syrian regime and Moscow announced it would launch a large-scale humanitarian operation by opening corridors in Aleppo for civilians to flee and rebels to surrender.