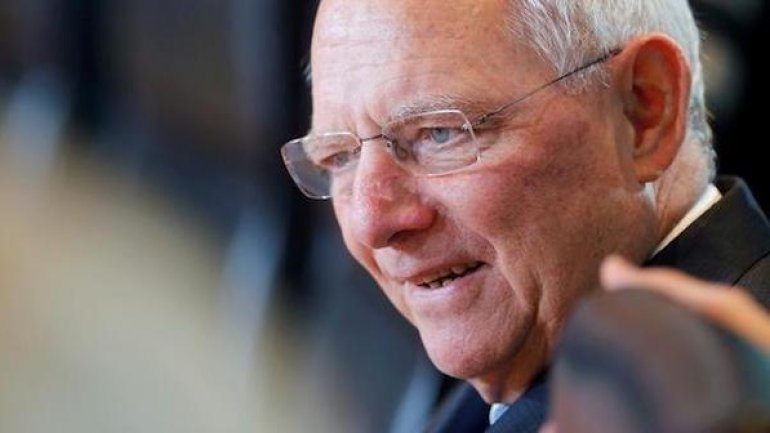 Greece must implement economic reforms if it is to keep its place in the eurozone, Germany’s finance minister has insisted, ruling out debt relief for the country ahead of a crucial euro group meeting on Monday, reports The Guardian.

As the finance ministers of member states using the single currency prepared to discuss fiscal plans for the coming year, Wolfgang Schäuble in effect presented Greece with an ultimatum: either it must enforce unpopular structural reforms or exit the bloc.

“Athens must finally implement the needed reforms,” he told the newspaper Bild am Sonntag in an interview published on Sunday. “If Greece wants to stay in the euro, there is no way around it – in fact completely regardless of the debt level.”

Asked if German voters should be prepared for the inevitability of debt relief in the run-up to national elections next year, Schäuble quipped: “That would not help Greece.”

Schäuble, who also asserted the Greek budget was not burdened by debt servicing because interest rates were now so low, made the comments as speculation mounted over how best to put the thrice-bailed-out nation back on the road to economic recovery. On Friday the German finance ministry announced that short-term measures to lighten Greece’s debt load would be among the proposals up for discussion at the euro group meeting.

Athens’s leftist-led government has long argued that the country’s staggering €330 billion debt load is the single biggest impediment to sustainable growth. It is an argument that has won backing from the International Monetary Fund.

Time is of the essence. The economic crisis enveloping Greece is far from over despite more than €300 billion of emergency loans since 2010 when, after its first brush with bankruptcy, it received its first EU-IMF sponsored bailout.

Amid relentless tax rises and budget cuts – the price of the aid – support for the euro is falling fast with graffiti extolling the virtues of the drachma appearing across the capital. Euclid Tsakalatos, the Greek finance minister, has said the situation “is as critical as it was in the summer of 2015” when, under threat of euro ejection, Athens received its third €86 billion rescue package.