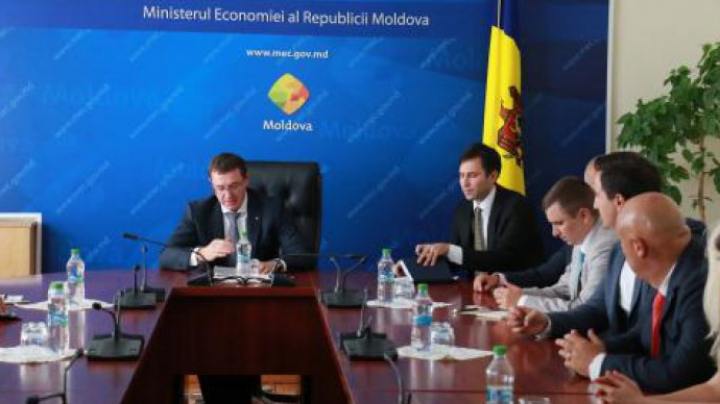 The Ministry of Economy's press service stated that the German companies representatives’ visit to Moldova is a continuation of "Investment and Business Opportunities of the Republic of Moldova" forum, organized by the Ministry of Economy and Moldovan embassy in Bucharest in cooperation with the Romanian-German Chamber of Commerce and Industry in March this year.

Vitalie Iurcu stressed that creating a great environment for attracting foreign direct investment in the national economy, investment and export promotion projects are some of the priorities of the Government of Moldova in the implementation of programs and development strategies of Moldova. "The existence of a favourable tax climate for investors, advantageous geographical location, free access to foreign markets and other facilities provided by the national investment are some of the main advantages offered by Moldova to companies which come with investment projects," said Deputy Minister.

In this context, the quoted source specified that the net inflow of direct foreign investments in the national economy in the first quarter of this year was US $ 34,74 million, 1.1 times more compared to the fourth quarter of 2015. This is due in large part to higher reinvested earnings, which demonstrates investors' increased credibility for Moldova.

During the dialogue, Deputy Minister of Economy presented the socio-economic development policies of Moldova, progress in harmonizing the national legal framework with the acquis communautaire in DCFTA implementation and investment opportunities in Moldova on the platform of Free Economic Zones and Industrial parks.

Representatives of German companies, working in the fields of automotive industry, energy, banking, trade, technology and other sectors said they would examine the possibility of expanding business in Moldova, using both possibilities offered by free economic zones and industrial parks, as well as other existing platforms in Moldova.

Currently, there operate 404 enterprises with German capital in the Republic of Moldova. Investments into social capital amounted MDL 683 million or 6 per cent of total capital invested from abroad. Germany ranks in the top five countries that invested in Moldova’s social capital and the sixth place after the number of businesses where it invested.