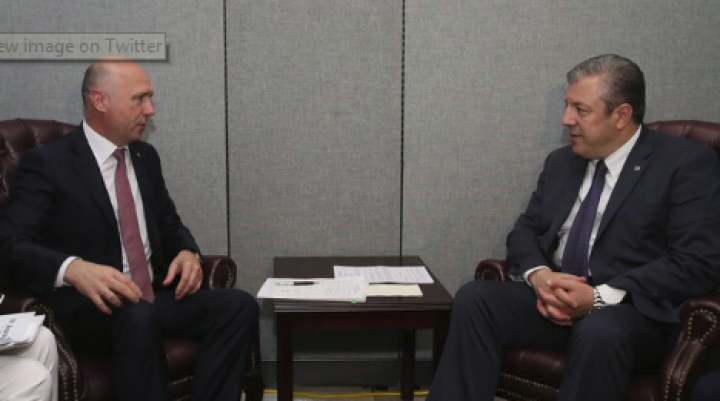 After the meeting Kvirikashvili said Filip had official invited him to Moldova, and he would take up the offer and visit Moldova in the near future.

Discussions also related to the advancement of trade and economic relations, along with prospects to cooperate in tourism.

The pair said the current level of cooperation between the Ministries of Internal Affairs, Justice and Agriculture were "productive and fruitful” and the general relationship between Georgia and Moldova was relatively strong.