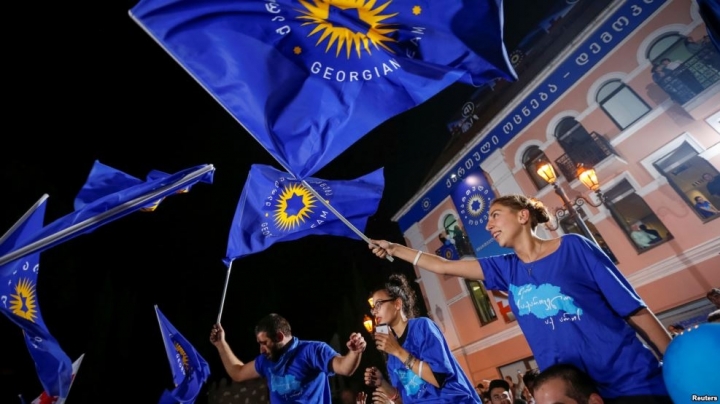 A second round of elections for seats of the majoritarian member of parliament will be held in 51 out of a total of 73 single-mandate constituencies, where no candidate gets more than 50 percent of votes, according to the preliminary results of the October 8 parliamentary elections in Georgia, reports Xinhua News Agency.

According to the 99.92 percent caculated votes for the propotional election part released on Monday, the ruling Georgian Dream-Democratic Georgia (GDDG) party has already won the majority of 77 seats with 48.6 percent votes, which were up for grabs under the proportional, party-list nationwide vote.

"We don't yet have the final results, but according to the preliminary results, we have convincingly won the elections. This is our great support, which means that majority of voters let us rule the country for the next four years," Prime Minister Giorgi Kvirikashvili said at a briefing held in the GDDG central office, calling on the people to actively participate in the second round voting.

But the final makeup of the 150-member parliament in Georgia's mixed electoral system will only be defined after the second round runoffs in the 51 single-member districts.

GDDG majoritarian MP candidates are winning outright victory without requiring second round in 22 out of the 73 single-mandate districts, according to partial official results from the Central Election Commission.

"We are convinced that we will win all the second round runoffs in the single-mandate constituencies and the Georgian Dream will win constitutional majority in the Parliament," the ruling party's executive secretary, Irakli Kobakhidze, told local media.