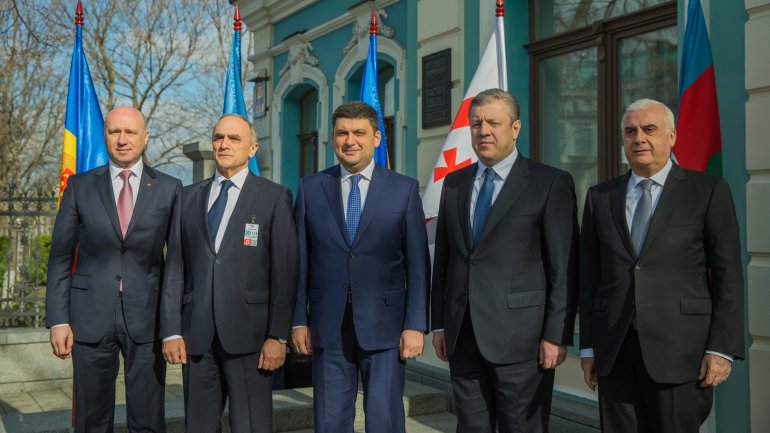 A protocol to the Agreement on the establishment of the GUAM Free Trade zone was signed by the prime ministers of the member states of the Organization for Democracy and Economic Development – GUAM (Georgia, Ukraine, Azerbaijan and Moldova) at the meeting in Kyiv on March 27.

Also, a protocol on mutual recognition of certain results of customs procedures in relation to goods and vehicles transported across the state borders of the GUAM member countries was inked.

"It is important that today we have signed a number of documents that will allow us in 2017 to fully implement the free trade zone within our states," Ukrainian PM Volodymyr Groysman said adding that this will have a positive effect on the development of the national economies and deepening of mutual cooperation.

Following the meeting, the member countries declared their willingness to strengthen the cooperation with international partners in carrying out regional projects and multilateral cooperation programs. They agreed to cooperate in all areas in order to ensure social-economic development, well-being, and reliability needed for security and stability in the GUAM area.