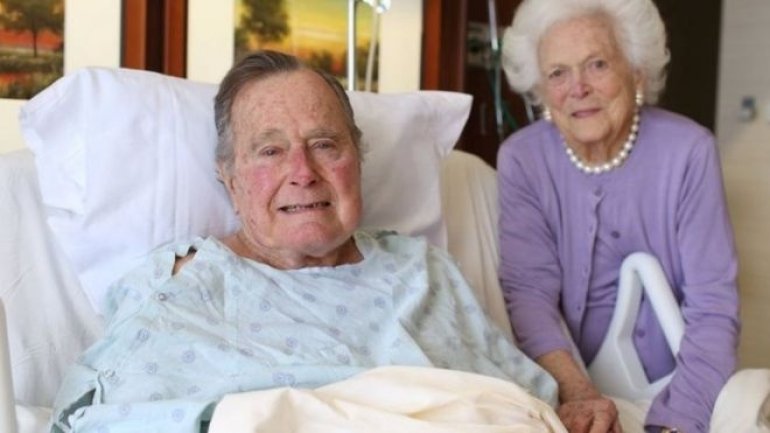 Former US President George HW Bush is well enough to be transferred from an intensive care unit in a hospital in Houston, Texas, doctors say.

They say the 92-year-old, who was admitted with pneumonia on 14 January, could even return home soon.

The 41st president has been taken off a ventilator which was helping him to breathe, according to BBC.

His 91-year-old wife Barbara Bush, who was taken to the same hospital with bronchitis, has now been discharged.

Doctors at Houston Methodist Hospital told her she could go home on Sunday, but she decided to stay one more night to fully recover and be close to her husband.

"They really, truly are therapy for each other," Dr Amy Mynderse said.

Mr Bush, who served as US president from 1989-93, spent a week in hospital in the US state of Maine in 2015 after falling and breaking a neck bone.

He also suffers from a form of Parkinson's disease and uses a wheelchair.