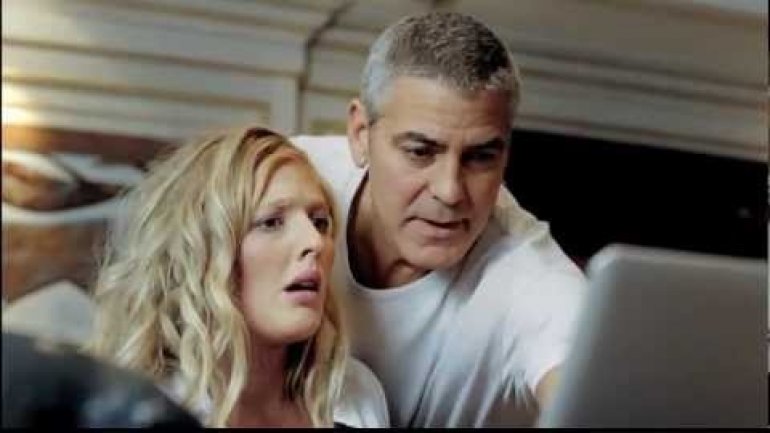 Some George Clooney fans might be outraged to hear George Clooney got married. Well, no need to worry. He didn’t. Sure, there are photos of him all over the net with a woman in a hotel room, and she’s holding a wedding dress but, in reality, it’s just a cute TV ad for a Norwegian bank – DnBNOR, according to leosigh.com.

The Clooney ad was shot in Oslo and used Johann Sebastian Bach’s “Air on the G String” from Suite no. 3 in D Major as background music.

It’s a very cute ad. George Clooney looks sexy and in love, and the actress, who by the way is Danish, suitably bemused. Check it out in the video below.