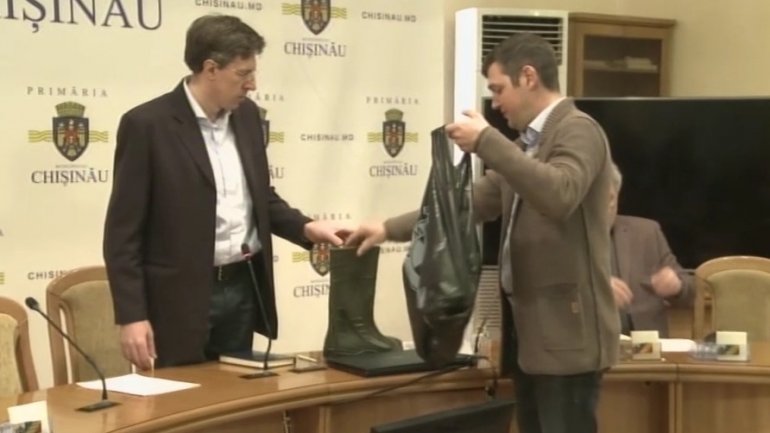 Socialist councilors continue to give "generous" gifts to the capital mayor, Dorin Chirtoaca such as mud cups and rubber boots. "The gift" was handed to him by the Socialist Vitalie Mucan at today's meeting of the Municipal Council.

"Yes, you're better. Get out of here. God forbid. Bravo" , said the Mayor of Chisinau, Dorin Chirtoaca.

The mayor has described the gesture as a political PR and criticized the socialists for using such moments to promote themselves.

The Mayor has previously received a mud-cup from the socialist councilors, in reference to the state of roads in the capital.