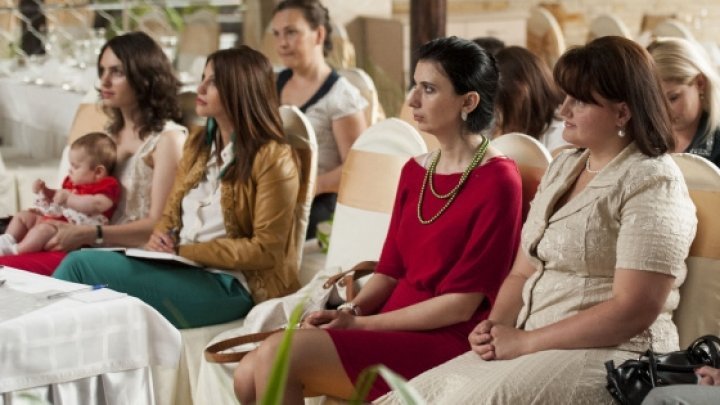 Population's perceptions of gender roles in society worsened considerably during 2017, says the data of Gender Equality Index presented on March 8 by the Development Partnership Center.

Accordingly, stereotyping was more stressed among men. Reforms that would help overcome gender gaps are delayed by authorities.

Rodica Ivaşcu, Program Director at the Development Partnership Center, told a news conference at IPN that the level of equality between women and men did not improve in 2017, keeping it at 2016 - 58 out of 100 points.

Rodica Ivaşcu said the Index measures the level of equality between women and men in six key areas: health, the labor market, politics, access to resources, perceptions and stereotypes.

According to the director, in 2017 three areas out of the six have made progress compared to only one area in 2016. It is about access to resources, the labor market and health.

As regards access to resources, the level of gender equality has increased by 3 percentage points compared to 2016, from 76 to 79. This is due to the insignificant increase in the income of women involved in non-agricultural activities.

The point of access to the labor market has increased by one point from 2016, from 63 to 64. Compared to 2017, the employment rate of women with at least one preschool child increased by 2.2 percentage points.

In terms of health, one point rose but growth has no positive basis. Although women have had a higher frequency in doctors, their addressing has been linked to serious health problems.

The index shows that the score on the political chapter remained at the level of 2016, 36 points. In the view of the program director, no measures were taken to improve the situation. Women continue to be under-represented in Parliament, district councils and mayors.

Additionally, the education sector registered a decrease of one point from the previous index, registering 53 points. The decrease is explained by the fact that gender discrepancy has been deepened among graduates of vocational secondary education institutions. The share of men was higher by 3.26 percentage points.

Andrei Brighidin, member of the Council for Preventing and Eliminating Discrimination and Ensuring Equality, said that prejudices and stereotypes are quite rooted in our society. Over the past five years, they have been instigating discrimination on grounds of gender and disability.

The Gender Equality Index is being developed within the framework of the "Equal Opportunities Joint Initiative" project.