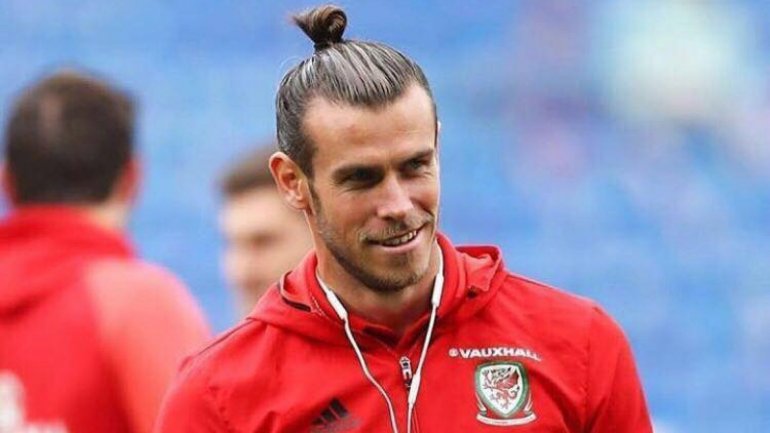 Gareth Bale, one of the best football player has arrived in the Republic of Moldova. The Welsh star, bought by Real Madrid C.F. back in 2013 with 100 million euro from Tottenham Hotspur, has arrived last night in Chisinau.

A short while after the plane landed at Chisinau International Airport, Bale made an appearance, along with his bodyguards, at a press conference.

He announced that the match against "tricolorii" is the final game for his team.

"It is an important match. I said earlier that we have 4 games and if we win them all, there is a real chance to be qualified in the World league. After the match against Austria, we have three more games. We have trained and are confident that we can win against Moldova's team. The opponent can cause us trouble, but we came all the way here for victory" the Welsh striker, Gareth Bale said.

Bale is not the only Welsh start that came to Chisinau. Aaron Ramsey from Arsenal F.C. and Joe Allen from Stoke City, are two other football players who have made a name for themselves at the Premier League.

Specialists calculate the total amount of the Welsh team to be worth 200 million euro, 15 times more than our own team.

Bale and his team have yet to test the Zimbru field, as they have not had any official training before the match against "tricolorii".

"The victory will be hard to attain, but in the end we will get it. We are restless, having only three more matches to go. We fight for the chance to qualify in the World league and are extremely happy to still have the opportunity to do so. The game from Moldova is a new challenge for us" Welsh football player, Chris Coleman declared.

The two teams faced each other before, back in 1996 at the European Championship,  "tricolorii" having won on their home field with  3-2, while the Welsh team at Cardiff with 1-0.