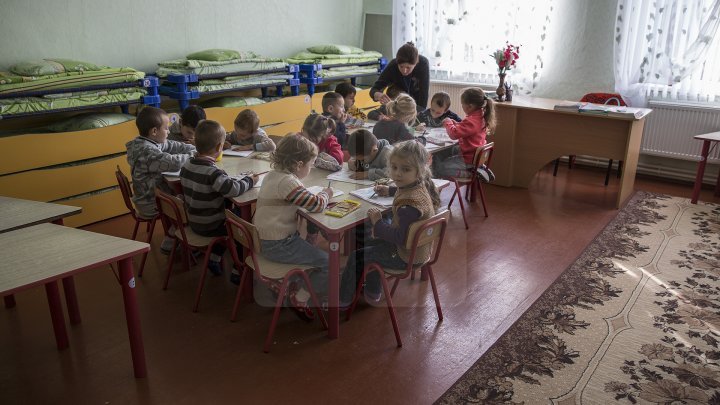 The kindergarten in Gangura village, Ialoveni district, reopened its doors after 15 years of closure.

The institution was renovated with the Romanian Government support which covered most of the budget.

After its closure, the kindergarten became gradually ruined. The local children had to study in neighboring village, 10 km far away.

"Unfortunately, during closure, its construction and infrastructure were damaged", said the Mayor of Gangura commune, Marcel Baleca.

The kindergarten has been equipped with playground, heating system and sewerage network.

The educators are so happy.

"With all my heart I came to work again because I love the children," said educator Cojocaru Natalia.

The renovation works cost more than 1.8 million lei, money allocated by the Government of Bucharest and the Chisinau authorities.

"It is a fact that this building is for you, children, so that you can grow and shine like diamonds, polished by education," said Romania's ambassador to Moldova, Daniel Ioniţă.

"It is a priority of ours and of the Government, of the country, to invest in education in the younger generation," said Andrei Chistol, Secretary of State at the Ministry of Education.

Several hundred thousand lei for the implementation of the project was allocated by the Ialoveni district.

130 children attend the kindergarten in Gangura. So far the Romanian has financed renovations of 845 preschools.
The total value of the investments is 26 million euros.