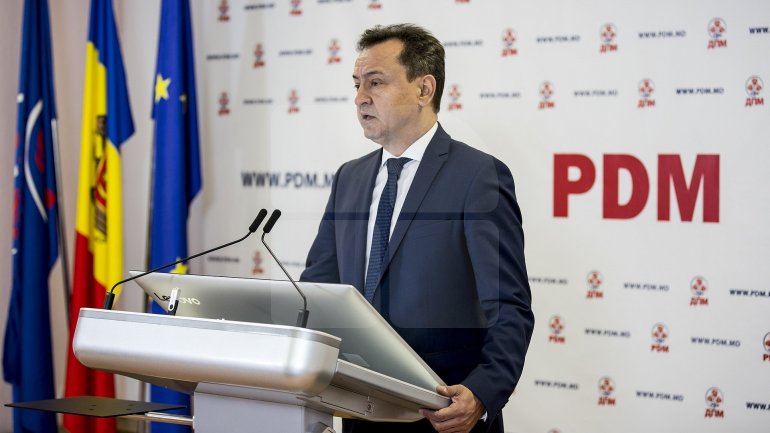 PDM has discussed today the topic of chancing the official language in the constitution to Romanian. Their spokesman Vitalie Gămurari has declared that during today's conversation, their leader, Vlad Plahotniuc mentioned that how people chose to call the language we speak, is not a topic that should be creating political disputes.

"The is no single opposition: some wish to call it Romanian, some chose to refer to it as Moldavian, while others have yet to decide how they wish to name it. Vlad Plahotniuc requested his colleagues to share their opinions after he took the first turn and declared that he considers our language to be Romanian and regardless of how some chose to call it, they should be able use it correctly and speak it well, use it for communication and not a reason for political disputes" Vitalie Gămurari said.

PDM spokesman said that the moment this issue reaches the Parliament, parties will discuss upon this problem among themselves if necessary.