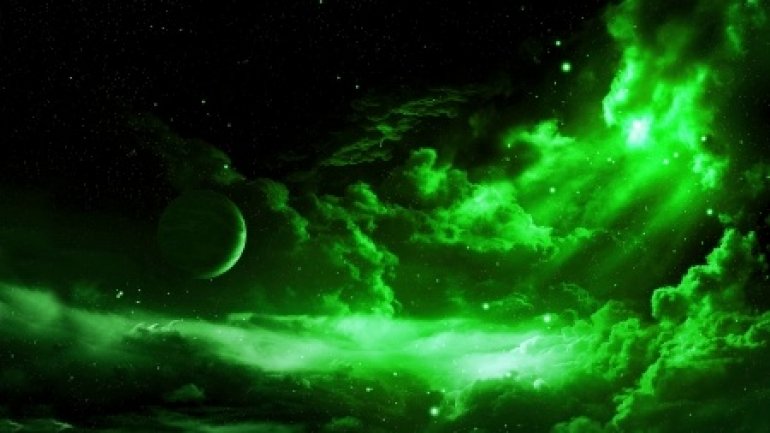 Green was all the rage a couple of billion years after the Big Bang.

Galaxies in the early universe blasted out a specific wavelength of green light, researchers reported January 7 at a meeting of the American Astronomical Society. It takes stars much hotter than most stars found in the modern universe to make that light. The finding offers a clue to what the earliest generation of stars might have been like.

Some nearby galaxies and nebulas produce a little bit of this hue today. But these early galaxies, seen as they were roughly 11 billion years ago, produce an overwhelming amount. “Everybody was doing it,” said Matthew Malkan, an astrophysicist at UCLA. “It seems like all galaxies started this way.”

Malkan and colleagues used the United Kingdom Infrared Telescope in Hawaii and the Spitzer Space Telescope to collect the light from over 5,000 galaxies. They found that, in all of these galaxies, one wavelength of green light — now stretched to infrared by the expansion of the universe — was twice as bright compared with light from the typical mix of stars and gas seen in galaxies today.

The green light comes from oxygen atoms that have lost two of their electrons. To knock off two electrons requires harsh ultraviolet radiation, possibly from lots of extremely hot stars — each roughly 50,000° Celsius. The sun, by comparison, is about a paltry 5,500° C at its surface.