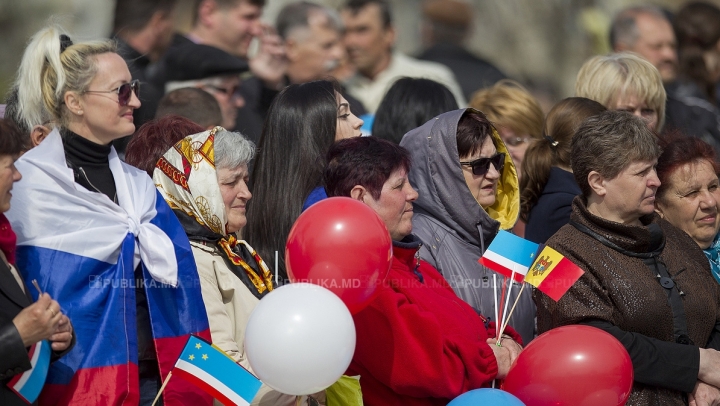 It is hard to walk Comrat's shattered footpaths without seeing the standards of patrons set against the sky – the streets of the tiny capital of Moldova's Territorial Autonomous Unit of Gagauzia are lined with foreign flags, betraying its reliance on external donors.

Even as much of the focus on in this part of the world falls on the frozen conflict in Transnistria, the Gagauz, a rural Turkic-Christian people numbering around 160,000, are very much courted in the post-communist world of patrons and clients.

On a side street of Strada Lenin, the Recep Tayyip Erdogan Nursing Home demonstrates the presence of one of Gagauzia's major suitors, as the influence of another, Vladimir Putin's Russia, is everywhere.

But while much is known about Russia's leverage over its former countrymen, Turkey's regional influence is vastly understated. In the aftermath of the collapse of the Soviet Union in December 1991, the Turkish International Cooperation and Coordination Agency (Tika) set up offices in the new republics of Azerbaijan, Kyrgyzstan, Kazakhstan, Uzbekistan, Tajikistan and Turkmenistan.

Primarily focusing on education and infrastructure, TIKA doubled in size in the decade after Erdogan came to power as prime minister in 2003. Now Gagauzia serves as a testament to the role of Turkish soft power.

"We have two strategic partners. Turkey is good for business, Russia for access to the market," said Foreign Minister Vitali Vlah.