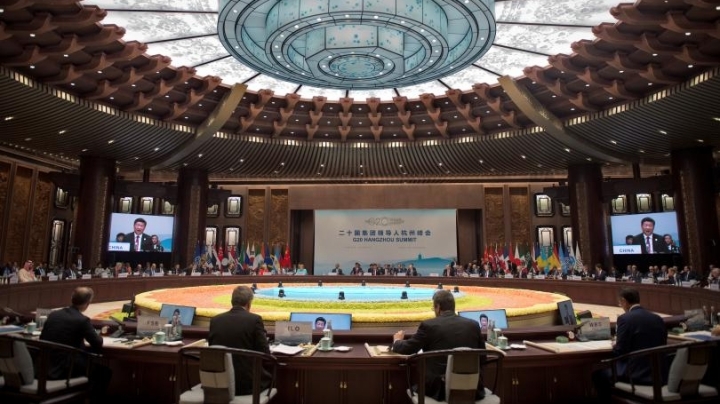 Defense of free trade at a time when doubts are being raised about the benefits of an open world economy, and steps needed to resolve the protracted conflicts in Syria and Ukraine are likely to dominate the communiqué world leaders are expected to adopt in Hangzhou, China, on Monday. According to media reports, parts of the statement may even echo global growth outlook concerns voiced during a July G-20 gathering of finance ministers, ibtimes.com informs.

The G-20 meeting comes at a time when China — the world’s largest steel producer — is facing calls from the European Union and the United States to reduce its steel output. The hot-button issue is also likely to find a mention in the final communiqué, according to Bloomberg.

“We recognize that the structural problems, including excess capacity in some industries, exacerbated by a weak global economic recovery and depressed market demand, have caused a negative impact on trade and workers,” Bloomberg quoted the communiqué as saying. “We recognize that excess capacity in steel and other industries is a global issue which requires collective responses.”

In addition, the communiqué also calls for the creation of a so-called Global Forum in steel overcapacity, which would be facilitated by the Organization for Economic Cooperation and Development.

China currently manufactures about half of the world’s steel. This overcapacity, which has allowed Chinese steel producers to inundate markets across the world with cheap exports, has triggered calls for global monitoring of China’s steel output.

On his part, Xi has pledged to reduce the country's steel production capacity by 100 million to 150 million tons by 2020.

Other key topics that leaders at the summit are likely to focus on Monday are the conflict in Syria, which, currently in its sixth year, is still far from being resolved; the crisis in Ukraine, where a new ceasefire between Russia-backed rebels and government sources currently seems to be holding; and the North Korean aggression — an issue that has laid bare differences between China and the U.S., which seeks to deploy an anti-missile defense system in South Korea.