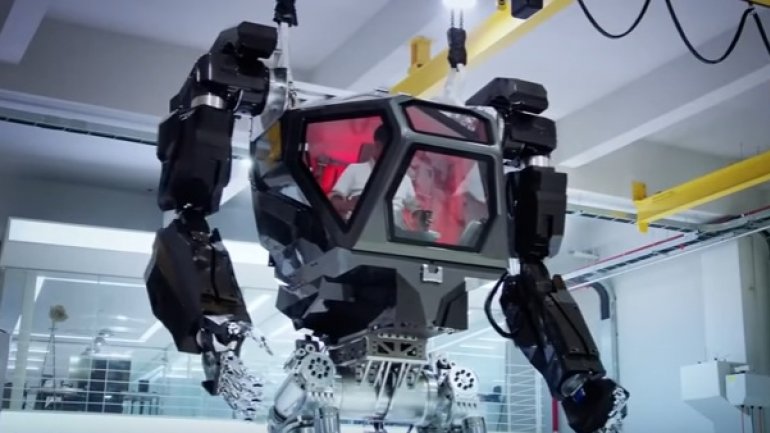 A Moldovan 3D designer is working on a robot of the future. Vitali Bulgarov, together with South Korean giant Future Technology has created a prototype of a robot that can be controlled from the cab by a man.

In the video, the robot can be see moving its arms simultaneously with the man controlling the cabin.

Earlier, the Moldovan designer has had success in Hollywood. Vitali Bulgarov has created several robots for  "Transformers 4: Age Of Extinction" on Galvatron, Stinger and Lockdown; "Robocop" and "Terminator: Genisys".