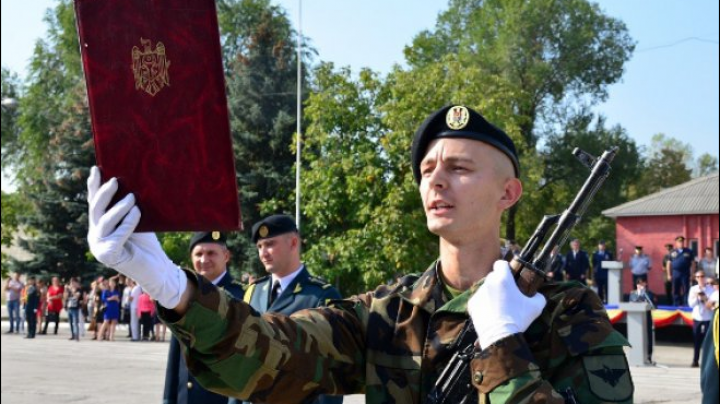 First year students at the "Alexandru cel Bun" Military Academy of the Armed Forces have filed the Military oath at a ceremony at the headquarters of the educational institution, Moldpres informs.

According to the commander (rector) of the Academy, Colonel Sergiu Plop, the oath was filed by 59 students who after graduating high school pass the tests for admission to study at the three faculties of the academy - infantry, artillery and transmissions.

"Alexandru cel Bun" Military Academy of the Armed Forces is the only institution of higher military education in the country that prepares officers of all military units of the National Army. The duration of studies is 4 years.