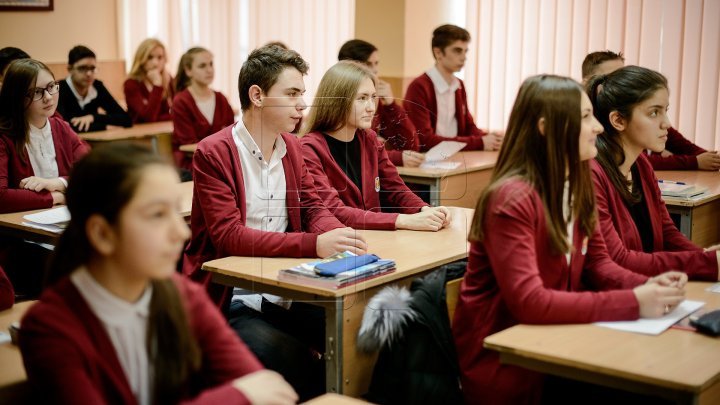 Another step for the introduction of compulsory uniforms in schools.

The Ministry of Education will initiate public consultations on the draft law and invite parents and pupil to join it.

Families who can't afford uniforms will be financially assisted by the Government.

The initiative was discussed at the weekly meeting of the Democratic Party of Moldova.

"The Ministry of Education, Culture and Research understands very well that there are pupils from socially vulnerable families. Government will support them," said Vitalie Gamurari, PDM spokesman.

Some parents believe that uniforms will eliminate social discrimination.

"I think school uniform is the best dress code for students. It does not make the difference between children".

"Children will not compare the rich and those who have fewer opportunities.

At present, students are required to wear uniforms in some schools.

Several surveys show that the idea of introducing compulsory school uniforms is supported by about 80 percent of respondents.