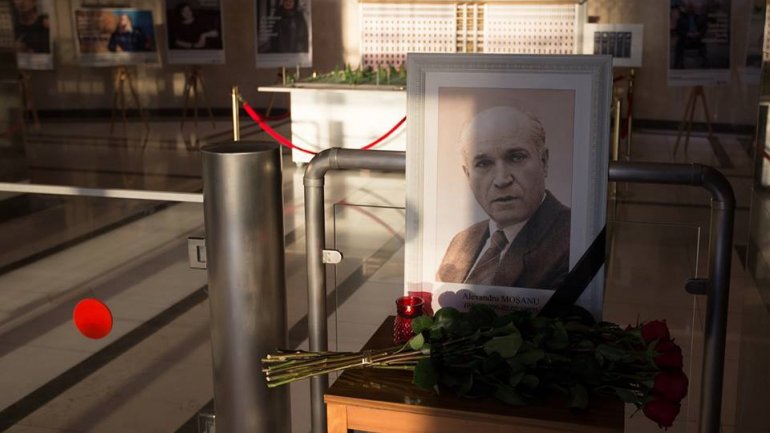 Afternoon, the cortege will be taken to the Ştefan cel Mare monument, where a demonstration will be held. Afterward, Alexandru Moşanu will be buried in the central cemetery from Armenească Street.

Those who knew him and appreciated his political activity had the chance, yesterday, to say their final farewells at the St. Teodora de la Sihla Church, where his coffin was set.

Relatives and colleagues could not help but cry, when speaking of the first President of Moldovan Parliament.

"He truly is a man that will forever be in our memories" deputy Ion Răzlog declared.

"He was a modest man, whenever he was seen a bit hunched walking to the microphone, it was from modesty, so much dignity and rightfulness he had" deputy Nicolae Misail said.

"He truly was an open person, honest and sincere. It was a pleasure working along side him. He was a simple man and that made him special" deputy Evlampie Donos declared.

Alexandru Moșanu passed away on 7th December, at 85.