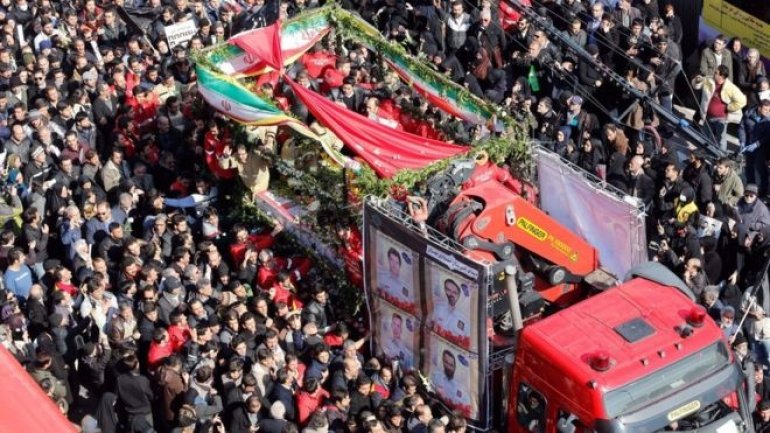 Tens of thousands of Iranians have attended the funeral of 16 firemen who were killed when a high-rise building collapsed in Tehran two weeks ago.

They had been battling a blaze in the 17-storey Plasco building when it came crashing down in a matter of seconds.

Four civilians are also known to have died, while six more are still missing.

The tragedy shocked the nation, and the firemen were laid to rest in the "martyrs'" section of a cemetery in the south of the capital, informs BBC.

"They gave their lives for us. We see it as our duty to attend," one tearful onlooker, 27-year-old Tahereh Sheydayi, told AFP news agency.

The Plasco building, which was Tehran's tallest when it was completed in 1962, contained a shopping centre and dozens of clothing workshops.

Interior Minister Abdolreza Rahmani Fazli told reporters last week that an initial investigation had found that the fire was caused by an electrical short circuit.

Tehran's fire department said on the day of the collapse that the Plasco building's managers had been warned that it was unsafe, with corridors and staircases blocked by goods and no fire extinguishers.

The disaster was the deadliest in Tehran since 2005, when a fire at a crowded mosque in the city centre killed 59 people.